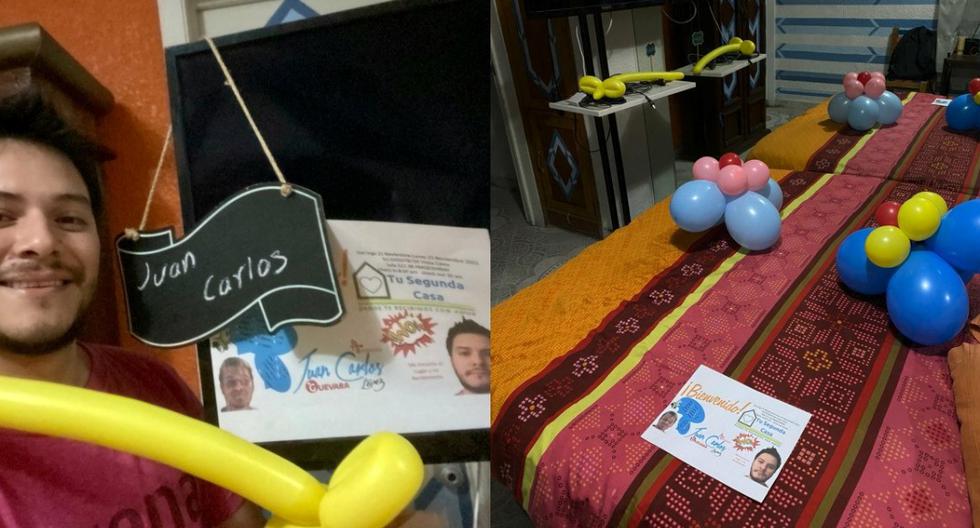 The strangest thing that happened to an Airbnb guest: he found his photos in his room

More and more people are opting for the services of Airbnb, the famous company that offers accommodation at affordable prices through its hosts. However, one user had an unusual experience in Ciudad de Mexico and even disturbing, which was told in Twitter. The story turned viral soon.

A young anthropologist rented an Airbnb house during his stay in Mexico City. As soon as he entered the place, he was surprised that there were several balloons in the rooms and his name was written on crafts. “Doparlitos”, the name of this user in Twitter, He recounted his experience in a tweet published on November 21.

“They greeted me with balloons and my name written all over it. Letters of welcome and they got into my profile to print my face and put in various places. They even know that I am an anthropologist. I do not know what to think“, wrote.

In another publication, the young man complained that the room was dirty and there was a mattress that deflated overnight. In addition, he showed his photograph next to reviews that he had allegedly mentioned. “And in one of the cartoons he made of my face, he put something on a balloon that I would say the next day: it’s the best Airbnb, the cleanest and I’ll leave you a tip. So the c … is that this is horrible copy paste, with instructions on what I should put in the review, “he said.

On Twitter, the majority of users criticized the anthropologist and defended the host. “They are trying to be good hosts. I leave them Mexican sweets, water, soft drinks or potatoes. I send you a message of welcome and thanks for your visit. Each one his style”Said one user, who is also an Airbnb host.

“Literally, in your profile it says that you are an anthropologist. I think the most creepy is that your information is so available on the internet that they easily found your networks. I think they had good intentions, too bad it was not to your liking, but by exposing them you don’t gain anything either, ”wrote another.