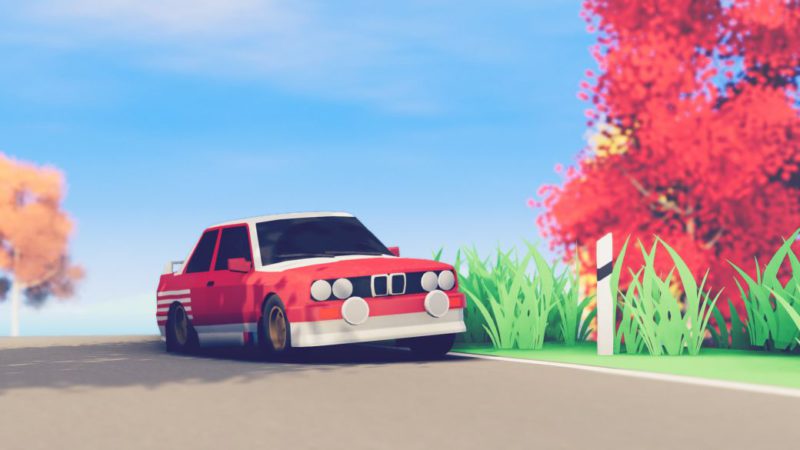 One of the indies of the year, in a genre as not very prolific in the independent market as that of driving, is Art of Rally, which can already be enjoyed on platforms such as Steam, Nintendo Switch or Xbox, being present in the Game Pass catalog. Thus, this coming October this fun arcade will finally land on Sony consoles, launching on PlayStation 4 and PlayStation 5.

This has been announced since Funselector, creators also of another solvent arcade as it is Absolute Drift, which will bring its 60 beautiful levels set in countries around the world to PS4 and PS5. “Doing something dangerous in style is art. Art of Rally is a stylized experience inspired by the golden age of rally from the creators of Absolute Drift,” reads the official description. “Race around the world through colorful environments from an isometric view. Compete for the first place in the rankings with daily and weekly challenges. Will you be the master of the rally?”

Art of Rally features a curious Career mode that will lead us to compete for places like Germany, Finland, Japan or Norway, and that will provide us with the most diverse landscapes. Based, as we said before, in that golden age, it offers us over 50 iconic cars of this motorsport discipline between the 60s and 80s, passing through Group B, S and A.

As we talked about in its analysis, it is a purely arcade game, with which any player can enjoy it without being especially knowledgeable in the genre, in addition to having a lot of customization options for the handling of vehicles . It will also offer, how could it be otherwise in such a colorful title, a Photo mode to recreate our tours in beautiful snapshots.

Art of Rally will arrive on PS4 and PS5 on October 6.