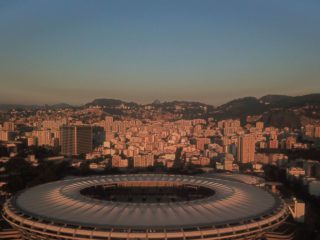 The Supreme Federal Court (STF) of Brazil decided this Thursday to accept the celebration of the 47th edition of the Copa América in Brazilian territory.

Although the vote has not ended, six, that is, the majority of the 11 members of the court, have already voted in rejection of the two actions presented against the designation of Brazil as the venue for the Copa América.

The STF made this decision after analyzing resources to cancel the event in Brazil, which were presented by the Brazilian Socialist Party (PSB), the National Confederation of Metalworkers and the Workers Party (PT), noting that the giant South American cannot host the tournament for the critical epidemiological situation due to the coronavirus pandemic, being the second country in the world with the most deaths with covid-19, with more than 480,000 deaths.

The decision to hold the Copa América in Brazil, which is scheduled to start on June 13, was taken by the South American Football Confederation (Conmebol) on Monday, May 31.

The measure was taken after removing the headquarters to Colombia in the first place, due to social unrest, and later that of Argentina, due to the worsening of the covid-19 pandemic. For the first time in the history of the championship, two countries were to host the football matches of the America’s Cup.

After Conmebol’s decision, the Brazilian president, Jair Bolsonaro, expressed his approval for the tournament to be held; and, subsequently, the Chief of Staff of the Presidency, Minister Luiz Ramos, confirmed that Brazil would be the headquarters.

“Confirmed the Copa América in Brazil. The coherence gained!”said the official, who reported that the matches would be played without an audience in the stadiums.

However, like the PT and PSB, many citizens expressed their dissatisfaction with the holding of the tournament in Brazil and harshly criticized both the decision of Conmebol and the acceptance by the Brazilian government.