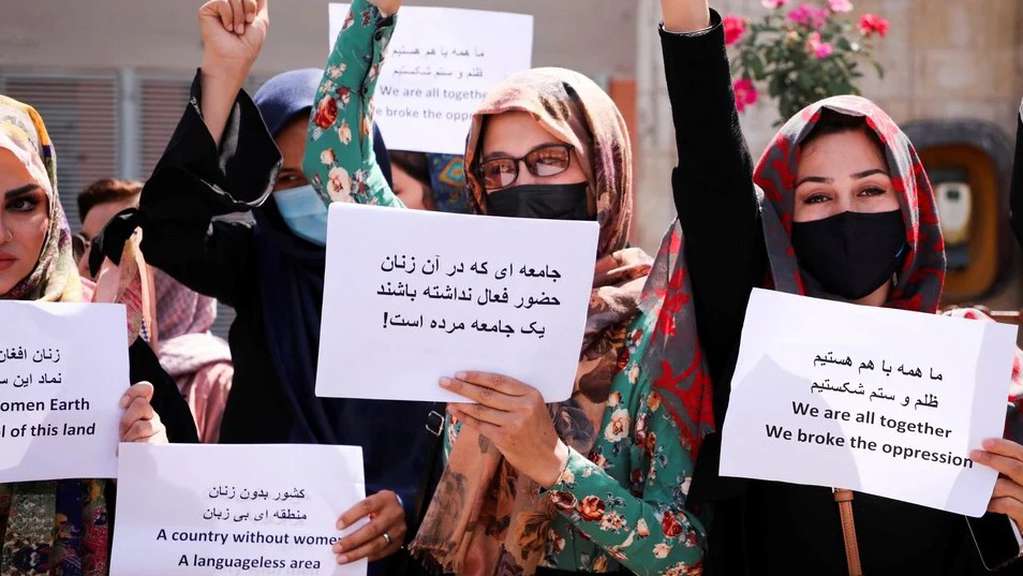 The Taliban replace the Ministry of Women with the Vice Prevention

The taliban They seem determined to replace the Ministry of Women’s Affairs with that of the Propagation of Virtue and Prevention of Vice, which had already applied in Afghanistan. tough fundamentalist policies during his first term in the 1990s.

In the so far building of the Ministry of Women, workers were seen installing a new panel with the name of Ministry for the Propagation of Virtue and the Prevention of Vice.

Numerous messages posted over the past 24 hours on social media showed employees of the Ministry of Women’s Affairs demonstrating in front of headquarters for allegedly being dismissed.

“Nobody listens to our women,” denounced one Internet user on Twitter, while another wrote sarcastically: “Could we expect something different from these animals?”

For now, no Taliban leader has responded to requests for an interview from the media to explain this questioned measure.

Although the insurgents insist that they will govern with greater restraint than in their first stage (1996-2001), they did not authorize most of the women to return to work and introduced rules regarding their dress at the university. In addition, no woman is part of the new Taliban council of ministers, announced two weeks ago.

On Friday, the Ministry of Education announced in a statement that it would reopen all secondary schools for boys and that male teachers will return to work. “All male teachers and students must return to their schools,” said the educational portfolio, although without mentioning female teachers or students.

During the first government of the fundamentalists, women were excluded from public life and could only leave the house if they wore a burqa and were accompanied by a male relative.

At that time, agents of the Ministry for the Propagation of Virtue and Prevention of Vice were known for having flogged women who walked alone on the street and for demanding other types of behavior inspired by a very rigorous interpretation of Islam.