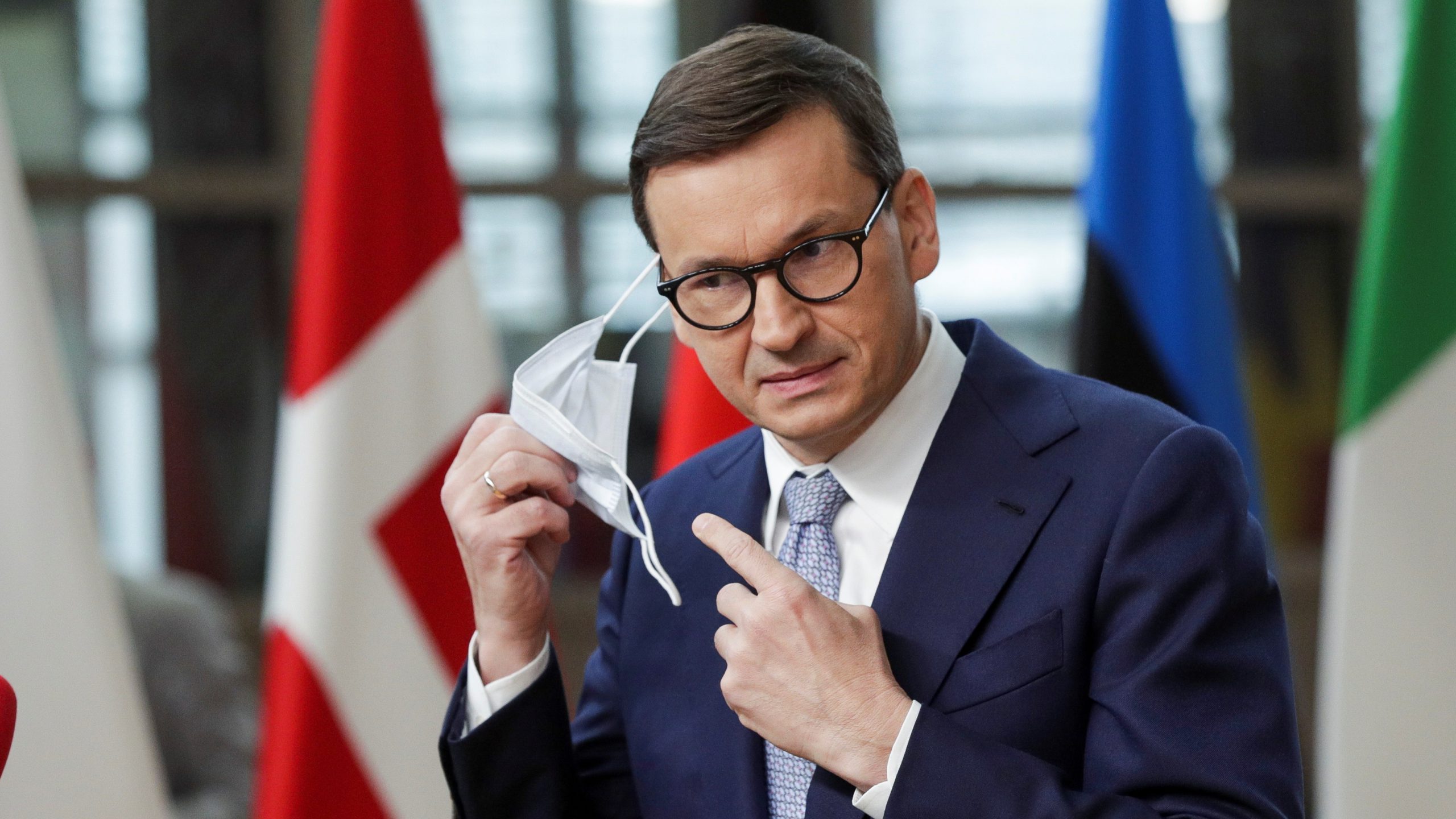 The thousand faces of the Polish Prime Minister | International

This may have been the most intense European week for Polish Prime Minister Mateusz Morawiecki. A roller coaster of emotions in which he has faced, first, the anger of the president of the Commission, Ursula von der Leyen; then, to the beating of the MEPs during the debate held on Tuesday in the European Parliament in Strasbourg, and, finally, to the thaw with their European counterparts at the 27th summit in Brussels. At his own request and behind closed doors, he explained his views on the ruling of the Constitutional Court of his country, which has placed Poland on the brink of a legal break with the EU and aggravated the crisis at the expense of the rule of law. A meeting described as “serene” and “constructive”.

The protagonist has maintained in all the forums the same serious and impenetrable demeanor. Sometimes fierce, as when he revolted against the president of the European Parliament table, who asked him to finish. “Don’t bother me, please,” he replied. He spoke at the end for 33 minutes, much longer than stipulated, with the tone of a law professor and the rhetoric of populism. “I will not allow EU politicians to blackmail Poland,” he said. “Do you want there to be anarchy?” And at the same time: “We have ruled that there is the primacy of EU law over Polish legal acts, but not including the Polish Constitution.”

Morawiecki, 53, has many faces and they all converge in some way in what he has shown this week as he passed through the European institutions: he may be a member of a militant dissident organization, author of a manual on Community law, CEO of a large bank and one of the key leaders of the extreme right in Poland. When he took the reins of the Executive in 2017, he projected towards Europe the classic profile of stable technocrat for investors and Brussels, a fat-free version of Jaroslaw Kaczynski, the leader who pulls the strings behind the scenes, former prime minister and alma mater of Law and Justice (PiS). But in reality, Morawiecki has a character of its own with a long history behind it.

Born in Wroclaw, in the Silesia region, in 1968, from adolescence he was part of Solidarity in Struggle, a clandestine organization that fought against Soviet power. Considered one of the most radical splits of the Solidarity union, the group was founded in the early 1980s by its father, Kornel Morawiecki, a theoretical physicist who can be considered its first political mentor.

As a young man, the son directed the dissident press and was hardened by pulling out Communist flags and painting anti-establishment slogans on the walls. He was beaten, detained, interrogated about the whereabouts of his father and other activists who were in hiding, according to journalist Wojciech Szacki, head of the political department of Polityka Insight, an analysis center linked to the magazine. Policy.

In the nineties, his country changed and he adapted and opened up to Europe: he graduated in History and pursued an MBA at his city’s university; He then does an internship at the Bundesbank, does research at the Goethe Institute in Frankfurt, studies European Law and Economics of European Integration at the University of Hamburg, obtains a master’s degree in advanced European studies at the University of Basel and perfects his German and English, which speak fluently.

In 1999, the culmination of this academic career, together with Frank Emmert (now a law professor at Indiana University) he published a textbook entitled Community law, one of the first manuals on the subject published in your country. The cover and pages of the book, says the journalist and writer Tomasz Piatek, author of a biography about the politician entitled Morawiecki and his secrets, It has become something of a meme that appears on social media often when the prime minister discusses the primacy of EU law.

“He is very well educated,” adds Szacki, a journalist from Policy. And his solid training, he adds, makes him one of the few interlocutors that Kaczynski considers to be his level; an “intellectual partner” with whom you can engage for hours in thoughtful discussions of history or economics.

After his training, he returned to Poland and in 1998 he was appointed Deputy Head of the Negotiations Department of the Office of the European Integration Committee, where he discussed the conditions of access to the Union and participated in the banking supervision process. He also joins Banco Zachodni as an advisor to the president on foreign trade. The times of economic openness have arrived in Poland and after several mergers and acquisitions the financial entity ends up in the hands of Banco Santander in 2011. By then, Morawiecki has risen to be appointed CEO, a position that he will also occupy in the Bank’s Polish subsidiary Santander.

The position provides him with a platform to make the leap as independent to the Government that formed the PiS in 2015. His first assignment is that of Minister of Development, a few months later he joins the party and immediately becomes Minister of Finance. But he also does not arrive as a novice in politics: at the end of the 1990s he was regional councilor for Acción Electoral Solidaridad, then the main party in the country. And in 2010 he served as an economic adviser to the government of Donald Tusk, today his main political rival (a time when he actually acts as a “spy” for Kaczynski, according to Piatek).

This trajectory alien to PiS has also brought him enemies, perhaps his greatest Achilles heel in a national key: the hard core of the party considers him a stranger and is suspicious of him. “Most of the leaders who were with Kaczynski do not like it,” explains Wojciech Szacki of Polityka Insight of his promotion to prime minister. The journalist denies that we are dealing with a mere technocrat. When he arrived, “he had his own political and ideological past linked to the right.”

More than a past, almost several lives. Morawiezcki the dissident, the jurist, the banker: all faces converged in this week’s debates on the constitution and the rule of law in which he tried to distill Europeanism and at the same time censor the “dangerous” centralist drift of the EU that reduces the States to mere “provinces”. The voice of a multifaceted life that reached Brussels amid the drums of war and returned to Warsaw with relaxed photos together with the outgoing Chancellor of Germany, Angela Merkel, the French President, Emmanuel Macron, and the head of the Spanish Executive, Pedro Sánchez.

“Live Poland! Long live Europe! The best place under the sun ”, he closed his long speech in the European Parliament. And, as he sat down, the chairman of the table reminded him that sticking to speaking time is another way of showing respect for the house of European democracy.