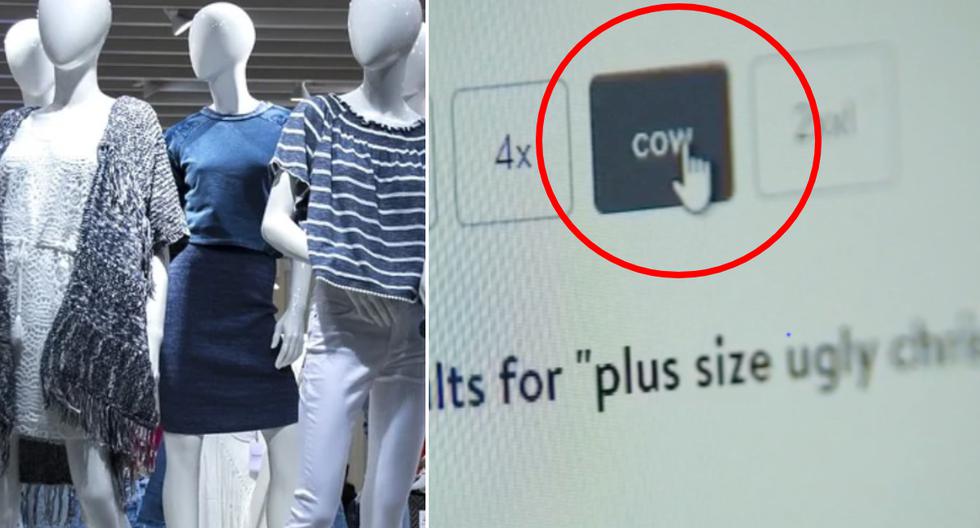 Walmart is in the eye of the storm: an American publicly denounced that the well-known supermarket chain offers “cow” size clothing for women. This fact sparked much criticism and outrage in the social networks.

The controversy began when G’Nadine Grant, from Florida, visited Walmart’s digital platform to buy items for the holiday season online. Everything was going well until the woman wrote in the search bar of the portal Ugly christmas sweaters women plus size”.

Seconds later, Grant was outraged to realize that in the virtual store the sizes were listed in 3x, 4x, 2xxl and “cow”, which means “cow” in Spanish. “I am very angry. Obviously these are for older people, and you refer to older people as ‘cows’ ”, the woman expressed to NBC Miami.

Faced with this situation, G’Nadine Grant picked up the phone and called the company’s corporate office, but received no response. “This is not really a customer service problem. This is a corporate office issue that Walmart would allow something like this to be posted on their website. So nothing was done ”, Held.

NBC 6 contacted Walmart last Tuesday night for a statement and a spokesperson stated that “This is certainly not right and we are working to determine what is happening now.”

For her part, Carrie McKnight, from Walmart’s e-commerce department, indicated that “In this case, the customer had been looking for a plus size ugly cow Christmas sweater. And that’s how that word came to be (…) It is by no means a descriptor of a size. It’s just a sweater. A cow sweater that someone had looked for before ”.