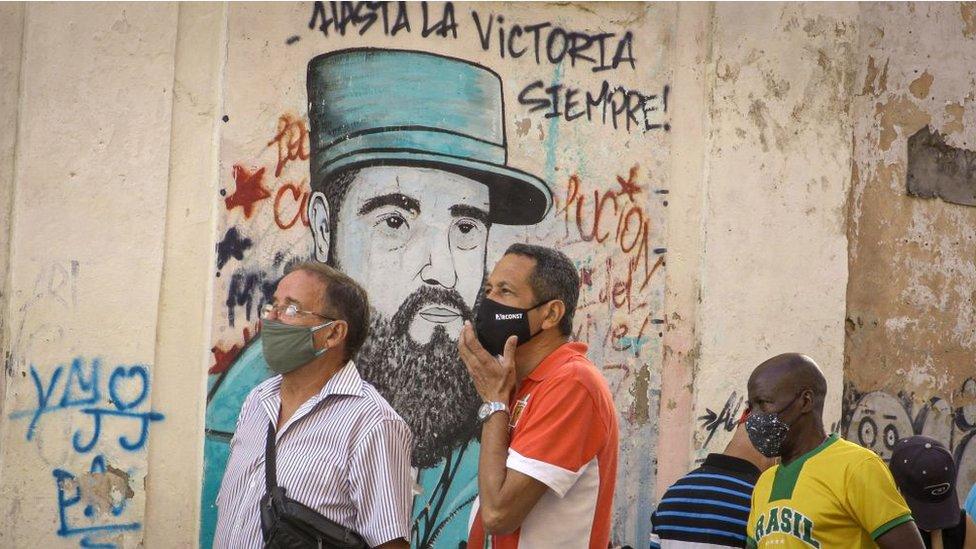 Mario Barrera says that years ago he stopped understanding how Cuba’s economy works, but now the point has arrived where he is about to “go crazy.”

“Cuba is difficult to understand. First they tell you that the CUC (the double currency) is leaving, that things will be for dollars … and a few months later they come and tell you that there are no more dollars,” he laments in a telephone conversation with BBC Mundo. the habanero, who assures that he lives on the remittances sent by his family from the United States.

“One day they comb their hair and the next they make the papers. Now I don’t know what I will do with the money, what my children will do to send me something to try to make life here a little easier,” he adds.

Barrera refers to the decision of the Cuban government to stop accepting “temporarily” from this Monday dollars in cash, in a measure that is seen by economists as the most restrictive imposed on the US currency since it was penalized during part of the government of Fidel Castro.

From now on, Cubans on the island will have to use other foreign currencies to access the scarce basic products that can only be found in some stores that the government created some time ago and where they are only accepted “freely convertible currencies” (MLC).

Meanwhile, Cubans residing in other countries (or tourists arriving in the midst of the pandemic’s restrictions) will not be able to exchange their dollars at banks or exchange houses or use them in state establishments.

The new measure takes place at a critical time for the country, whose economy, due to the pandemic and the fall in tourism, has registered the worst results (-11% of GDP in 2020 according to official data) since the so-called “special period.”

An economic restructuring plan implemented at the beginning of the year called “ordering task”, which sought to encourage work, raise wages and strengthen dollarization, triggered inflation, which has aggravated the shortage of food, energy, medicines and basic products such as flour to make bread.

In the midst of all this, on June 10, the government announced that it would stop receiving US currency in cash.