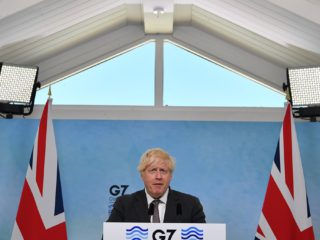 Government sources have confirmed to the BBC that UK ministers have signed a decision to delay the lifting of all restrictions that was scheduled for June 21 for another four weeks.

Due to the spike in coronavirus cases, Prime Minister Borish Johnson is expected to announce this delay, prompting harsh criticism.

Indeed, British Health Minister Matt Hancock confirmed earlier this month that the government was openly contemplating the possibility of postponing the reopening date.

The United Kingdom has registered 7,490 positive cases of coronavirus this Sunday and eight new deaths, according to data reported by the Ministry of Health.

In general terms, the country has registered a total of 127,904 deaths and 4.5 million infections.