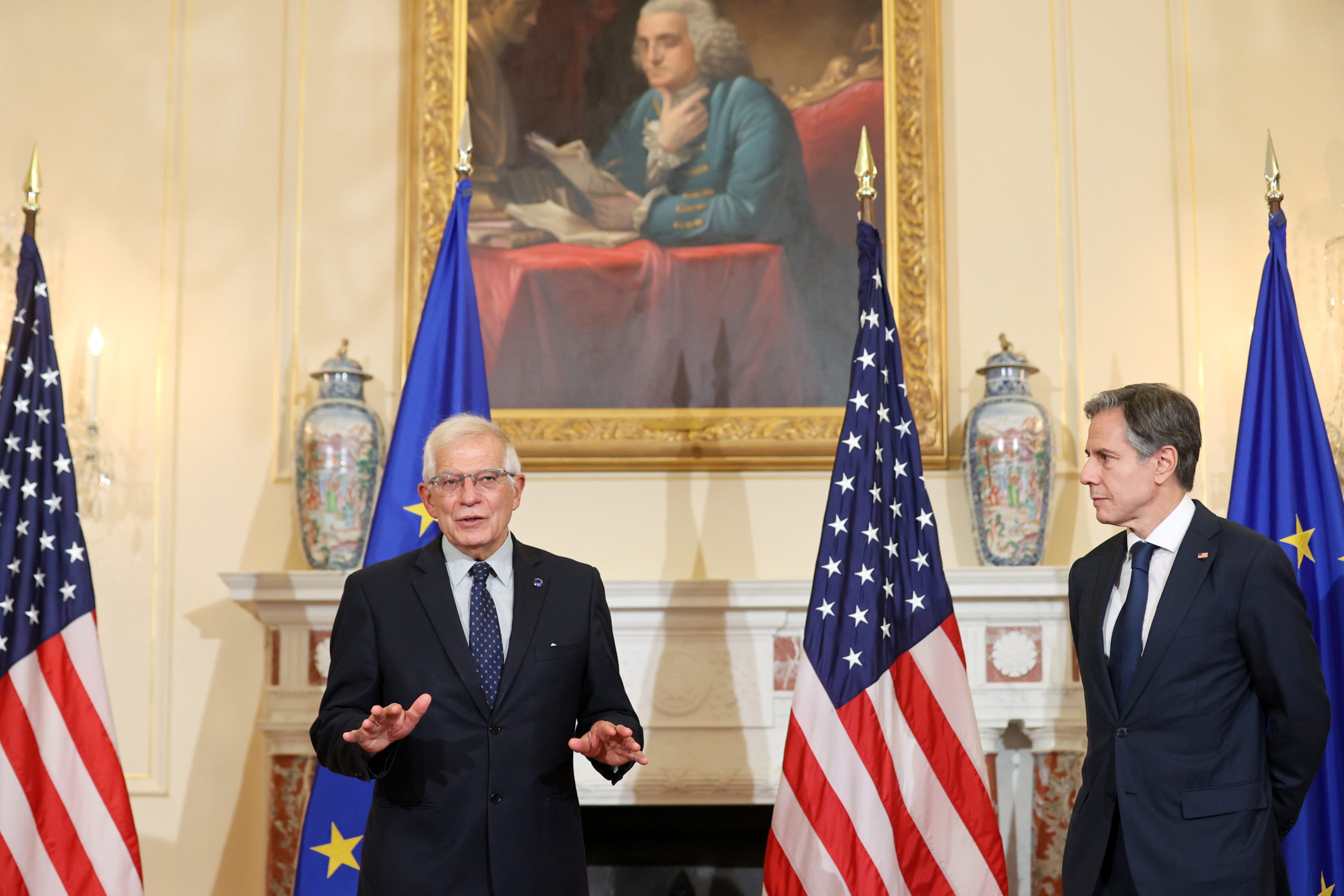 With the tensions still recent due to the strategic military and commercial alliance between the United States, the United Kingdom and Australia, of which community diplomacy was not informed in time, Josep Borrell has landed in Washington on his first visit as European High Representative for the Foreign Policy since President Joe Biden came to the White House in January of this year. Borrell met Thursday morning with Secretary of State Antony J. Blinken. In the brief appearance of both before the meeting, there was no explicit allusion to the submarine crisis, a strategic pact to three to the detriment of the previous commercial agreements between Australia and France to safeguard Western interests in the Indo-Pacific area against the growing influence of China. But the words spoken by both made it clear that the intention is to turn the page.

“In almost every challenge we face in the world, the European Union is a primary partner for the United States, and there is virtually no issue that we are not working on together. We have an extensive and important agenda, in Europe, in the Indo-Pacific area, in the Western Hemisphere ”, said Blinken in his appearance at the headquarters of the State Department in Washington. Borrell, for his part, added: “We must overcome any misunderstandings and continue to collaborate. In the Balkans, in Afghanistan, in China, in Russia, in the Sahel … There are many places in the world where we can cooperate with our common values. I believe that this meeting will be an important step towards the relationship between our nations, especially in matters of security and defense ”.

The Aukus agreement – an acronym for Australia, the United Kingdom (UK) and the United States (US) – will allow Canberra to equip itself with US-made Virginia-class nuclear-powered submarines. That thwarted in mid-September a multibillion-dollar French technology contract, which planned to replace old Collins submarines with ones capable of adapting to a “changing” strategic environment. The announcement created a diplomatic crisis and was interpreted by EU leaders, and especially French Prime Minister Emmanuel Macron, as a setback to hopes that Biden’s arrival would spell a new dawn, or at least a change in manners, in bilateral relations, after the dark night that the Donald Trump years cast on transatlantic cooperation.

This was what Biden did see in February, during one of his first appearances on the international scene, when, in a virtual security conference held in Munich, he certified the return to cooperation with Europe after the isolationist turn that the Trump Administration meant. “The United States has returned,” said the president, who has never hidden that one of his priorities in international politics is to put an end to the threat that China represents to the condition of the United States as the world’s leading power.

Following the submarine crisis, the holding in late September of a meeting between the EU and the US in Pittsburgh to launch the Trade and Technology Council (TTC), a framework designed to increase transatlantic cooperation before China’s unstoppable competition has already been interpreted as a rapprochement between both parties.

In an interview held last Friday with MRT, Borrell referred to the Aukus agreement to explain that it does not justify “the decision that Australia has taken on submarines. It was an action not against France, but affects the entire EU. But if you try to interpret why others are doing things, Australia is under great pressure from China and has entered into a negotiation with the US. Don’t be misunderstood: I do not justify Australia’s decision, I think they have done bad not to count on us, but I try to explain why they do it. What has no rationale is that the US has forged a defensive alliance with the UK without our knowledge or participation. The serious problem is not the attitude of Australia, it is the attitude of the United States ”.

On whether he believed that bad faith mediated the US attitude during the negotiation of the pact with Australia and the United Kingdom behind the back of the EU, Borrell replied: “We want to believe not. The political relationship must be rebalanced. We are allies. The allies talk to each other, they consult each other. The opposite is not a stable alliance. Europe has to assert itself and that is my role. It has to be a pole within multilateralism. But for that it has to be more united ”.