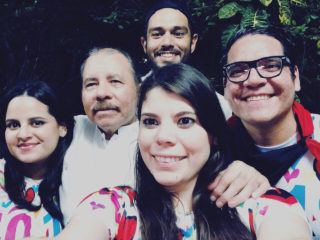 The United States Department of the Treasury on Wednesday imposed economic sanctions on important government figures led in Nicaragua by Sandinista Daniel Ortega in response to the arrest of several people from the opposition, including four candidates for the presidency. Among those affected by Washington’s decision is Camila Ortega Murillo, coordinator of the so-called Creative Economic Commission and daughter of Daniel Ortega and his wife and vice president, Rosario Murillo. The sanctions also include Leonardo Ovidio Reyes, president of the Central Bank; Deputy Edwin Castro Rivera, loyal political operator of the regime in the National Assembly; and Julio Rodríguez Balladares, general of the Nicaraguan Army. The Treasury Department has justified its sanctions by stating that these individuals support “a regime that has undermined democracy, abused human rights, enacted repressive laws with serious economic consequences, and tried to silence independent media.” .

These sanctions come a day after the regime launched a new offensive against political dissent. Four leading opposition figures were arrested Tuesday on charges of “inciting foreign interference in internal affairs,” including two presidential hopefuls, a prominent activist and the former president of the country’s main business chamber. The arrests have generated strong international rejection, including the United States, which has classified the Ortega government as a “dictatorship”.

The first arrest occurred in the morning, when the presidential candidate Félix Maradiaga, an academic and activist, was arrested after appearing at the Prosecutor’s Office, where they confirmed that they had opened an investigation. Hours later, the residence of the former Vice Minister of Finance, Juan Sebastián Chamorro García, nephew of former President Violeta Barrios de Chamorro and who had also made public his intentions to face Ortega in the elections scheduled for November, was raided. At night the activist Violeta Granera and José Adán Aguerri, former president of the Superior Council of Private Enterprise (COSEP), were detained at their homes.

The Council maintained a co-government relationship with Ortega from 2007, when the former Sandinista guerrilla returned to power, until 2018, when a series of social protests broke out demanding the end of the Sandinista’s mandate and were brutally repressed. That repression left more than 328 dead, according to the Inter-American Commission on Human Rights (IACHR).

Aguirre is also part of the Civic Alliance, an opposition group that was born during the protests to negotiate a peaceful solution to the political crisis. COSEP has denounced in a statement what it considers the “dismantling” of the democratic regime in Nicaragua and has affirmed that Tuesday’s arrests “question the democratic viability of carrying out a free, fair, competitive and transparent electoral process.” The bosses have demanded the release of all the detainees, which they have classified as “political prisoners.”

Maradiaga, Chamorro García, Granera and Aguerri have been arrested on charges of “inciting foreign interference in internal affairs”, according to the authorities, a crime contemplated in the Law for the Defense of the Rights of the People to the Independence, Sovereignty and Self-Determination for Peace, approved in December by the National Assembly, under Ortega’s control. This law has been denounced by human rights organizations as a judicial instrument to censor and prosecute critical voices against the Government on the grounds that they seek foreign financing to conspire against the regime. Granera has been given a house for prison (house arrest), while the other prisoners have been transferred to the Directorate of Judicial Aid (DAJ), in Managua, whose cells have been denounced as torture centers by human rights organizations.

With the arrest of Maradiaga and Chamorro García, there are four candidates for the presidency who have been investigated and detained in recent days. Cristiana Chamorro, daughter of former president Violeta Barrios de Chamorro, was the main opposition candidate until last June 2, the Ortega regime issued her house arrest. She is singled out for money laundering through the foundation that bears her mother’s name. In the investigation that the prosecution has opened against the opposition, several journalists who received support from the foundation he presided have also been summoned to testify, including María Lili Delgado, correspondent for the US Hispanic network, Univisión. Delgado has been imposed immigration withholding.

The arrests on Tuesday have generated a wave of criticism at the international level. The US State Department has once again charged Ortega, whom it has described as a “dictator.”

“The arbitrary detention of presidential candidate Félix Maradiaga – the third opposition leader detained in 10 days – confirms without a doubt that Ortega is a dictator. The international community has no choice but to treat him as such, “the head of US diplomacy for the Americas, Julie Chung, posted on Twitter. “The repressive measures against political leaders and civil society require an international call to the regime. Ortega is responsible for the welfare of the detainees. They must be released immediately, “added the US diplomat. Spain has also condemned the arrests and in a statement issued on Wednesday by the Ministry of Foreign Affairs has expressed “its deep concern” about what is happening in the Central American country and has called for the release of those arrested.

Nicaragua plans to organize general elections in November, but Ortega has been in charge of attacking any type of competition, not only with the arrest of his rivals, but with reforms to the Electoral Power that have guaranteed him total control of the entire electoral system, with what the regime paves the way for a new reelection of the Sandinista, in power since 2007.