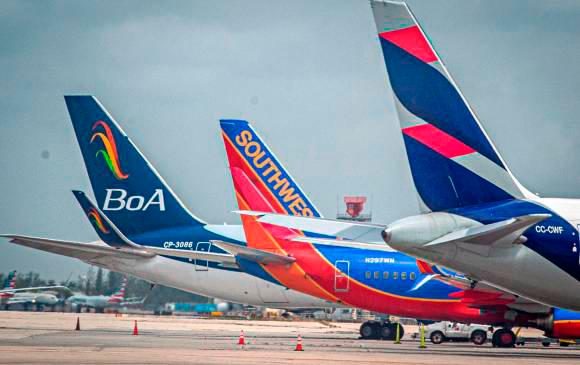 The United States opens borders to foreigners vaccinated against covid-19

According to the authorities of that country, the measure will cover both travelers arriving by air and those arriving by land.

This Friday, October 15, the United States announced that it will allow foreign visitors who are fully vaccinated against covid-19 to enter the country as of November 8.

“The new US travel policy, which requires the vaccination of foreign travelers to the United States, will take effect on November 8,” announced on Twitter Kevin Muñoz, undersecretary of press of the White House, specifying the date of an initiative already advanced last month.

“This announcement and date applies to both international air travel and land travel,” he said.

In March 2020, to curb the spread of the coronavirus, The United States closed its borders to travelers from the European Union, the United Kingdom and China, and later added those from India and Brazil to the list. It also prohibited entry by land from Mexico and Canada. These restrictions generated personal and financial disruption.

Now, for travelers arriving by air, the country will ask airlines to set up a contact tracing system and require a test for the virus within three days before departure.

For land entry, the White House announced this week that the lifting of the restrictions would be done in two stages.

As of November 8, people who come for reasons considered “non-essential”, for example family or tourism, will be able to cross the border of Canada or Mexico, provided they are vaccinated.

People coming for “essential” reasons, for example truck drivers, will be exempt.

But As of January, the obligation of the anticovid vaccine will be applied to all visitors who cross land borders, regardless of the reason for entering the United States.