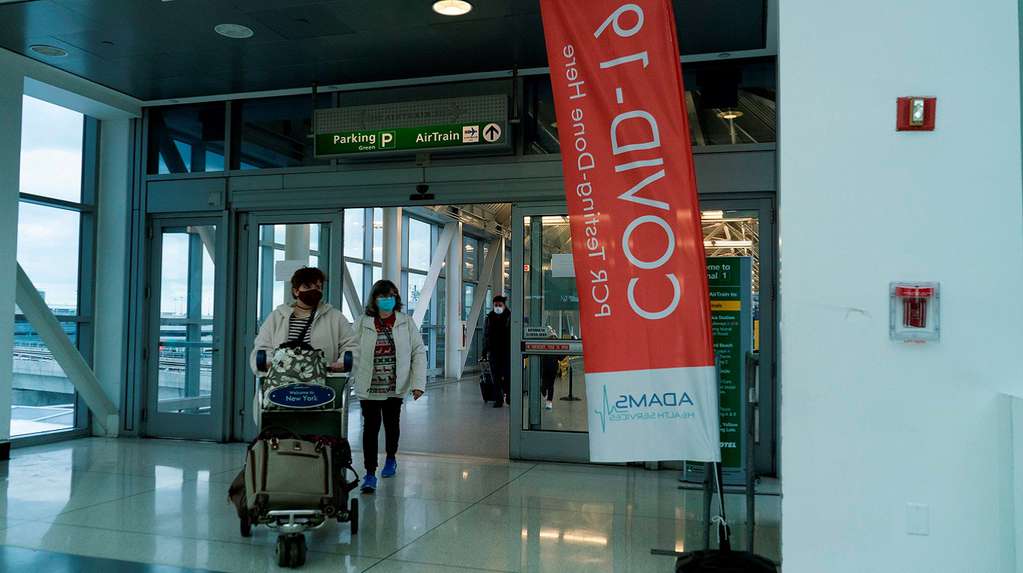 From November 8, USA authorize the entry of travelers immunized against the coronavirus with a dose mix of different types of vaccines, provided they have been approved by the World Health Organization (WHO).

This was confirmed by the latest update of the guidelines of the Centers for Disease Control and Prevention (CDC), which also confirms that immunization tests will only be accepted with those types of vaccines that have been approved by the WHO.

“People who have a combination of two (different) doses of a double dose vaccine that has been cleared by the FDA (United States Food and Drug Administration) or is on the WHO emergency use list they will be considered vaccinated with the complete regimen “, a CDC spokesperson told the agency Efe.

“Although the CDC have not recommended mixing vaccine types in a primary seriesWe recognize that this is increasingly common in other countries, so it should be accepted for the interpretation of vaccination tests, ”added the source.

The White House announced this Friday that on November 8 it will open its air and land borders to international travelers vaccinated with the complete guideline against covid-19, including those from those countries that have had entry restrictions for more than a year, like Spain or Brazil.

The latest CDC update, published on its website late on Friday, emphasizes that “for purposes of entry into the United States, accepted vaccines will include those authorized or approved by the FDA or that are on the emergency use list. of the WHO ”.

So far, the WHO has licensed all three FDA-approved vaccines – the Pfizer / BioNTech, Moderna and Janssen (from Johnson & Johnson) -; and also included in his list two versions of the vaccine AstraZeneca (the original, English-made; and the Covishield, produced in India) in addition to the sera Sinopharm y Sinovac.

USA: what about those who applied Sputnik V and CanSino

The list authorized by the United States does not include vaccines such as the Russian Sputnik V and the Chinese CanSino. Whoever has been immunized with the Russian serum, still has a single dose in combination with another approved vaccine (in the country, Moderna and AstraZeneca are usually used to complete the schemes started with the development of the Gamaleya Institute), for the moment will not be able to enter.

The United States announced this Friday that allow foreign visitors who are fully vaccinated to enter the country against coronavirus from next November 8th.

“The new US travel policy, which requires vaccination of foreign travelers to the United States, will go into effect on November 8,” he announced on Twitter. Kevin Munoz, White House deputy press secretary. “This announcement and date applies to both international air travel and land travel,” said the undersecretary.