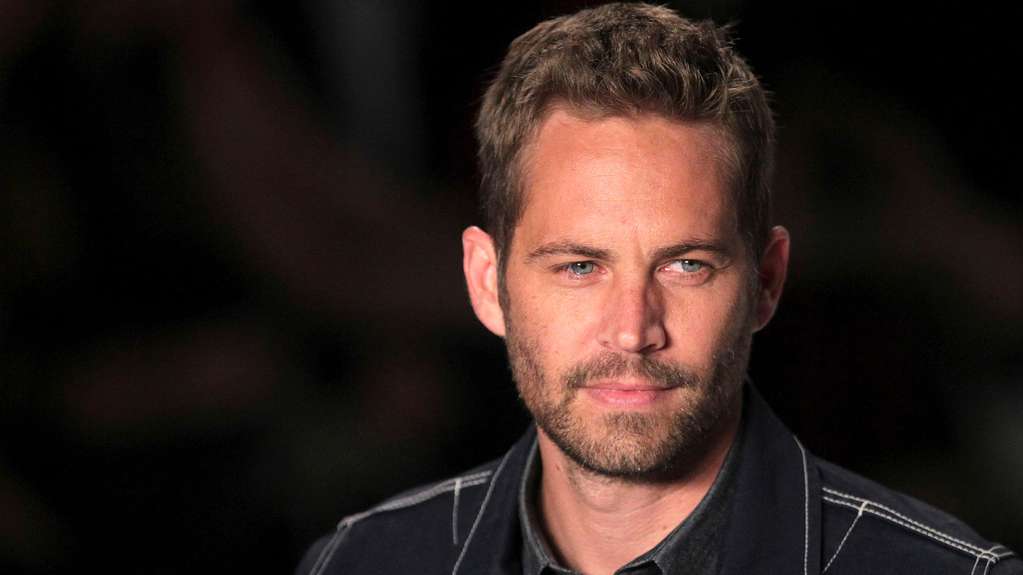 The unknown side of Paul Walker: he dreamed of being a marine biologist, he enjoyed surfing and was fascinated by martial arts

“Life is a daring adventure or it is nothing”. The writer’s phrase Helen Keller it’s still ringing on your Twitter profile. Paul Walker He wrote it as one more reflection in the algorithmic ocean of social networks, a few months before dying in a tragic accident. Over time, those words became the synthesis of his existence: an actor that everyone adored, who enjoyed every particle of oxygen that he breathed, and with very noble interests that went beyond Hollywood.

The figure of the saga Fast and Furious, that died on November 30, 2013 at age 40, I was a fan of the Marine lifeHis idol was the French explorer Jacques-Yves Cousteau, he surfed from a very young age, practiced jiu-jitsu and even had a frustrated profession: he studied to be a marine biologist.

Read also: Paul Walker’s daughter got married and Vin Diesel took her down the aisle

Paul Walker was born on September 12, 1973 in Glendale, California. The son of a former wrestler and a model, he grew up in a great family environment and was very close to his four siblings Caleb, Cody, Ahlie and Amie.

From a very young age he always liked watersports and so he surfed on the beaches of California. Also, he did small roles in the series of Michael Landon Way to heaven and in comedy Throb.

After graduating in 1991 from high school, he started studying at the university And, in his free hours, he developed an activity that began to place him more and more on the Hollywood radar: the modeling. That led him to have castings very often.

Thus he landed several roles during the 1990s in novels and sitcoms such as The Young and the Restless, Who’s the Boss? and I’m Telling! His final takeoff as “galancito” was in 1998 in the magnificent film Pleasantville, where he shared set with Reese Witherspoon and Tobey Maguire.

The arrival of Paul Walker to the saga “Fast and Furious”

In an interview with the magazine Automobile, Walker counted how was the origin from Fast and Furious. After his participation in the film Secret Society (The Skulls), in 2000, under the orders of Rob Cohen the concept of the film was born.

“I was working on that movie, when the studio, the producer and the director asked me what I wanted to do next. ‘I want to make a movie where I race cars or be an undercover cop.’ They combined the two and this is how it came about Fast and Furious”, He commented.

In this way it became Brian O’Conner. The detective joins a gang of speed-loving asphalt pirates to disrupt their business, but ends up being very close to their leader, Dominic Toretto.

There is no one from the cast of the saga who remembers Walker badly. Each member of the staff demonstrates, all the time, up to the present, what a good person he was. “Paul was the kind of guy who just loves,” he said. Michelle Rodriguez, at an awards ceremony a few years ago.

That feeling took her to another level Vin Diesel, his co-star. The exclusive figure of the saga became a spokesperson for Walker’s life. On each special anniversary there is of what was the life of his friend, he remembers it with a post on the networks. He calls him “Pablo”, in Spanish, as he named him on the sets where they met.

The relationship with Diesel it was so special that the actor who plays Toretto was one of the people who raised Walker’s daughter, Meadow, after the tragic accident. So close and solid was the bond, that led her to the altar: the girl got married this year, in a very emotional ceremony.

Walker had her daughter at age 25, the result of her relationship with the model Rebecca McBrain. Although until 12, Meadow She lived with her mother in Hawaii, Walker took care of her full time just a few years before she died. “My heart was desperate for a long time. Since he’s been with me, he’s the best partner I’ve ever had, “Walker told the site at the time. THAT ONE.

But Diesel wasn’t the only one with a special connection to Walker. With Tyrese Gibson, who worked with him in several of the saga from + Fast + Furious, built a unique friendship.

“We got along very well. The problem was that we got along so well that we had fun most of the time when we were working, “recalled Walker during a promotional interview for the film in the cycle. Total Request Live, from MTV.

Paul Walker’s fanaticism for cars and speed is well known. His cinematic life and its tragic outcome, in fact, they relate to this. But there is a side of his interests little explored in what is remembered about him: he always wanted to be a marine biologist just like the French Jacques-Yves Cousteau.

His fanaticism for Cousteau He left it expressed in several interviews and it was stamped in a tweet he published in February 2013. In the message, he uploaded a photo with the biologist’s son.

“Meet the legend, Jean-Michel Cousteau, son of my childhood idol, Jacques Cousteau,” he wrote, accompanied by a photo with the environmentalist and where the smile overwhelmed him.

When he studied at the university, he chose this career, which he could not finish because his job ended up being another. Walker never neglected his desire to have contact with the water and marine fauna.

Read also: Vin Diesel explained why he got into a fight with Dwayne Johnson in “The Fast and the Furious”.

In an interview in 2011, for the launch of one of the Davidoff perfume fragrances, she spoke of this fascination: “At first I thought about making a movie, paying off my loans, going back and finishing my degree. But (the work) never stopped. The passion for marine biology is still there and I still find other ways to fulfill it ”, he assured.

Paul Walker was fascinated by marine life, martial arts and the ocean

The ocean was one of his weaknesses. This is how in 2005, already as an international star, he starred Extreme blue, with Jessica Alba, because it let him “spend a lot of time in the water.”

“Surfing calms me down. It was always a kind of zen experience for me. The ocean is so magnificent, peaceful, and breathtaking. The rest of the world disappears for me when I am on a wave, “he commented in a report made by the magazine. Dark Horizons, in 2001.

But it was not just that water sport that Walker was a fan of. I also did martial arts and other more extreme practices such as parkour. When he was younger he discovered jiu-jitsu and in the last years of his life he began to train it. This discipline was deployed due to his work in the film Brick Mansions, which premiered shortly after his death.

“I’ve been running so long that it seems like I turned into a monkey. I’m a pretty agile guy, especially since I’m taller and have been practicing martial arts since I was 13, but parkour is one of those sports that i wish i had discovered earlier. When my nephew showed it to me for the first time, I thought, “damn it, I’m too old for this, ‘” he recounted in an interview with the magazine. GQ.

When and how did Paul Walker die

As the 2000s progressed, the saga of Fast and Furious it expanded. The franchise’s box office profit multiplied and the popularity of its protagonists skyrocketed. Paul Walker was at the highest point of that fame when he had the fatal accident on November 30, 2013.

The crash happened after an event of his own foundation Reach Out Worldwide. Walker got on as a companion to the Porsche Carrera GT 2005 driven by his friend Roger Rodas. According to the police investigation, the car was circulating at a speed close to 160 kilometers per hour when it crashed into a lamp post and several trees on Calle Hércules in the Valencia neighborhood of Santa Clarita.

The tragedy was devastating for everyone around Walker, both his family, his friends and his castmates. The actor was in a break of the recordings of Fast and furious 7 at the time of his death.

The film could be completed because the filmmakers changed the script and they called on Walker’s brothers to fill in for him in some sequences. Those images they finished processing through CGI techniques.

In the documentary I Am Paul Walker, Tyrese Gibson gives the key to why no one could get out of their amazement at misfortune. “The reason we were devastated by Paul’s death was because he was the nicest guy on earth“, Held.

The end of that film is one of the most emotional tributes that is remembered in Hollywood to the memory of an actor: in the scene, while Toretto turns the road to the right with his car, O’Conner leaves with a colored car white to the other side. Quite a symbol.

With the song “See you again” by Wiz Khalifa In the background, the character of Vin Diesel says: “I used to say that I lived my life half a kilometer at a time and I think that’s why we were brothers, because you too.”

Read also: “Fast and Furious” turns 20: the origin of Dominic Toretto, romances in the cast and the tragedy that marked the saga.

Rob Cohen said in the documentary on Walker’s life that the cinema “could not capture all that it meant.” “He was a guy who could take life on his own terms and find joy in everything”He recalled.

To paraphrase Helen Keller’s phrase, his life was a daring adventure.