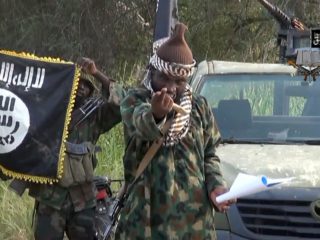 Mysteries, half truths, areas of shadow. The more than possible death of Abubakar Shekau, leader of the bloody Nigerian terrorist group Boko Haram for more than a decade, is as shrouded in unknowns as his own life. All indications point to his death two weeks ago, but the only confirmation that exists at the moment comes from an audio attributed to the leader of the Islamic State of West Africa (Iswap, in its acronym in English), a rival jihadist group. In the last 10 years, he has been presumed dead or seriously injured at least five times, and each time Shekau reappeared with his usual provocative air, so Western intelligence services and the Nigerian government itself are waiting for more evidence. .

“On this occasion, we seem to see signs that go in the direction of confirming his death. More than two weeks have passed and he has not made a statement or appeared in a video, as he did on all previous occasions. Furthermore, the fact that the announcement comes from Iswap gives it a certain credit because this group will not want to discredit itself by proclaiming a victory that is not certain ”, says Bakary Sambé, author of the book Boko Haram, from Nigerian problem to regional threat and director of the Timbuktu Institute.

“Shekau preferred to be humiliated in the afterlife to be humiliated on earth. He was killed by detonating an explosive, ”he assures in a message recorded in the Kanuri language and distributed to the media who appears to be Abu Musab al Barnawi, leader of Iswap, thus confirming the first version of his death offered by the Nigerian news portal HumAngle. According to this media, a few weeks ago the militiamen of this terrorist group launched an intense attack against Boko Haram in their main fiefdom in the Sambisa forest (in Borno State, in northeastern Nigeria), managing to corner Shekau. At the moment when he was going to be arrested by his rivals, the jihadist leader preferred to commit suicide and activate his bomb vest, dying on the spot and also killing one of his enemies.

Shekau, who is now between 45 and 50 years old, assumed command of Boko Haram in 2010 following the death of its leader and founder Mohamed Yussuf a year earlier at the hands of the Nigerian Army. However, he was soon noted for his violence and unscrupulousness. “I enjoy killing everyone that God orders me to kill, in the same way that I enjoy killing chickens and sheep,” he went on to say in a 2012 video. The insurrection of this radical group has caused some 30,000 deaths in the last decade, according to data from the Acled organization, and some two million displaced: kidnappings such as that of the almost 300 girls in Chibok, the creation of a self-proclaimed caliphate in 2014, attacks even in the country’s capital, massacres.

However, Boko Haram is no longer what it used to be. The group’s split between Al Barnawi’s followers and Shekau’s faithful was a severe blow. The Iswap considered him out of control due to his constant attacks on Muslim civilians and decided to isolate him. “It had long since ceased to be a movement with a determined ideology to become rather a rather disorganized criminal group that has neither a background nor an external communication comparable to that of its rival in the Islamic State of West Africa” , says Sambé, for whom the disappearance of Shekau will further deepen this internal disorganization. “A period of rivalries will open because he did not prepare anyone to succeed him, he could even be totally or partially absorbed by Iswap,” adds the expert.

This is precisely one of the concerns of the analysts, that the field remains open for the groups under the Iswap banner that are winning the battle against those loyal to Al Qaeda not only in northeastern Nigeria, but throughout the African continent. “For a few months, Iswap’s propaganda organ, Al Naba, has dedicated more than 70% of its publications to Africa, which has become a very important position for this group, as we see from what is happening in Mozambique, Lake Chad and other places ”, concludes the director of the Timbuktu Institute.