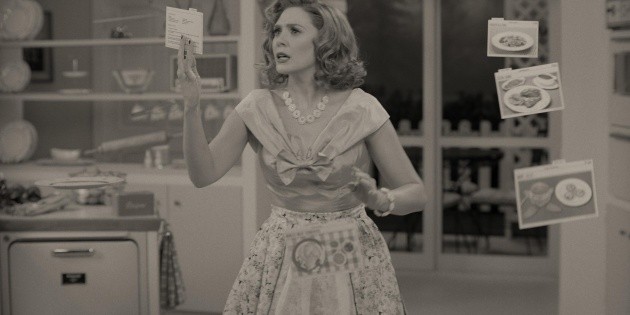 The unthinkable connection between WandaVision and Los Locos Addams

The arrival of WandaVision a Disney+ at the beginning of the year it served to Cinematographic Universe of Marvel (MCU) will resume its course, after almost a year and a half without premieres. Gone were both the saga of infinity and that kind of epilogue that it used to be Spider-Man: Far From Home. Almost half a year from the end of the fiction they headed Paul Bettany Y Elizabeth Olsen, an unthinkable connection with Crazy Addams.

The great villain of WandaVision It was Agatha Harkness, interpreted by Kathryn Hahn. The sitcom structure allowed the actress to show all her talent not only acting but also musical. For the seventh episode of the series MCU, where it was revealed who had actually been the true villain, Hahn she had to put her voice on to record the jingle “Agatha All Along” which served to reveal the truth.


Those responsible for writing the lyrics for the song were Kristen Anderson-Lopez Y Robert López. The marriage that was able to win the Oscar for the songs of Coco, “Remember me”, and Frozen, “Let it Go”, received two nominations for the Emmy for what was done in WandaVision: one for the title track and one for “Agatha All Along”.

In an interview with The Hollywood Reporter They assured that when composing the song, they thought: “We should go to that haunted place where television has a history”. After what was a headache and a long time without ideas, Kristen He acknowledged that the idea occurred to him at 3 in the morning, awake. “We should see Crazy Addams Y The Munsters”, He expressed. A shower was enough to think about the lyrics of the most remembered song of WandaVision.

Since the MCU moved from the big screen to Disney+ and expanded the saga, fans of Marvel They did not take long to speculate on the possibility of seeing more than one season of the announced fictions. In the case of WandaVision, it was confirmed that it was a miniseries that connected with Dr. Strange in the Multiverse of Madness. While The Falcon and the Winter Soldier did not give details of its future, the first of all to confirm a second installment, after its broadcast, was Loki. What’s more, What if…?, which begins airing from tomorrow, will also have another season.

Still not subscribed to Disney+ to enjoy all the Marvel alternatives on the platform? Subscribe in this link. Do not think it!