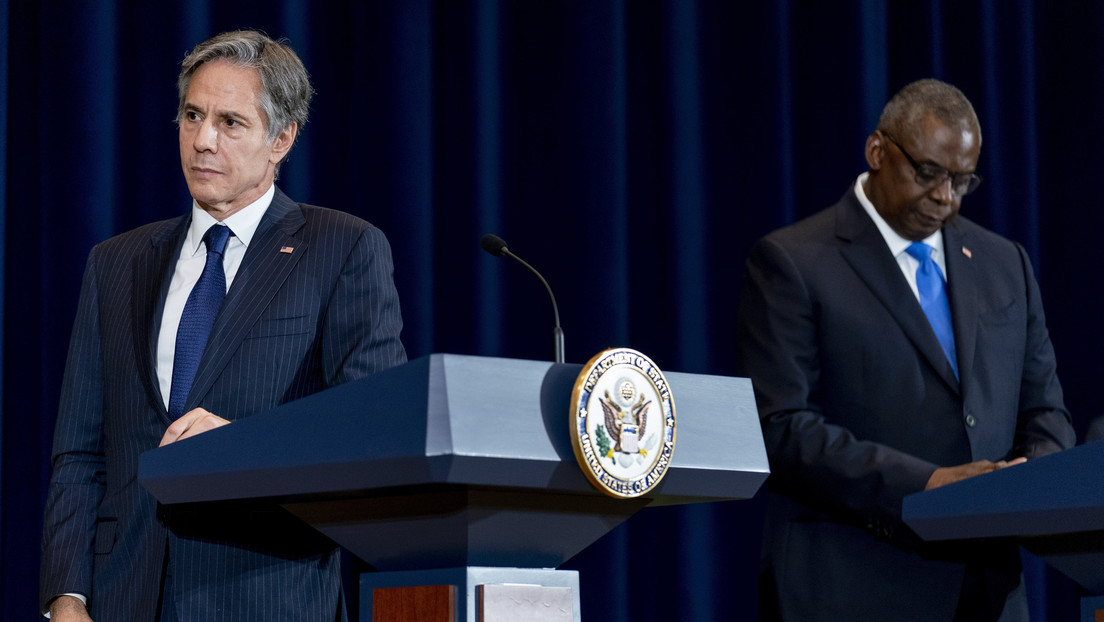 The new security alliance for the Indo-Pacific, formed by the United States, Australia and the United Kingdom, is targeting China and seeking to strengthen the “integrated deterrence in the region“in the face of the military maneuvers in Beijing, according to the latest statements by the representatives of the US Government.

“We have spoken in detail about China’s destabilizing activities and Beijing’s efforts to coerce and intimidate other countries, contrary to established rules and regulations,” US Defense Secretary Lloyd said on Thursday. Austin, during a Press conference jointly with Secretary of State Antony Blinken and his Australian counterparts.

While Austin has stated that his country seeks “constructive results“In its relations with China, it keeps its eyes open to” Beijing’s efforts to undermine the established international order. “

When ruling on the US commitment to provide Australia with technologies for the construction of nuclear-powered submarines under the new trilateral pact, the Pentagon chief said that “this will significantly improve the range and defensive capabilities of the US. Australian Navy “and will also contribute to” integrated deterrence in the region. “

For its part, Blinken has detailed that the United States did not demand concessions from Australia in exchange for your help with the construction of the nuclear submarines. “From my point of view, there are no reciprocal requirements of any kind,” said the US Secretary of State.

“This is a collaboration, it is a cooperation agreement with us, with Australia, with the UK,” added Blinken.

Discord with France over nuclear submarines

Australia’s decision to acquire the nuclear-powered submarines led to the termination of its conventional submarine program with France, under which it planned to build a fleet of 12 submersibles under a multi-million dollar contract with the Naval Group.

The French government called the decision “regrettable” and “contrary to the letter and spirit of the cooperation that prevailed” between the two countries, and declared that the “US choice to exclude a European ally and partner such as France” from an alliance When facing “unprecedented challenges” in the Indo-Pacific, “it shows a lack of coherence that France cannot but note and regret.”

French Foreign Minister Jean-Yves Le Drian even called the passage “a stab in the back“and declared that Australia betrayed its” relationship of trust “by making” this unilateral, brutal and unpredictable decision “,” much like what Mr Trump was doing. “

During the press conference, Blinken made reference to the discontent in Paris and assured that they cooperate “incredibly closely with France on many shared priorities in the Indo-Pacific, but also around the world”, adding that they attribute “a fundamental value to that relationship and cooperation “.

In China, they have not stood idly by after the announcement of the new agreement, which is believed to seek to challenge their own national interests. The spokesman for the Asian giant’s Foreign Ministry, Zhao Lijian, declared that “the relevant countries must abandon their antiquated Cold War thinking of ‘zero sum’ and other obtuse geopolitical concepts, respect the wishes of the peoples of the region and do more things that lead to regional peace, stability and development. “

“Otherwise they will just shoot themselves in the foot,” he added.

For his part, the spokesman for the Chinese Embassy in the US, Liu Pengyu, said that the members of the new strategic alliance “should not build exclusive blocks that target or harm the interests of third parties” and instead should get rid of “their ideological prejudices.”