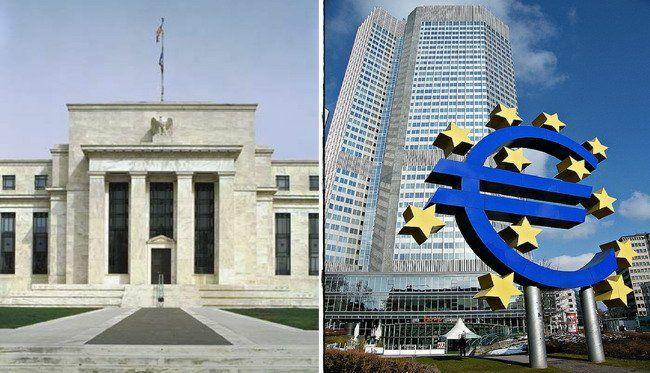 One of the minutes of the Open Markets Committee of the Fed in July certified the slight inclination of the state governors of the American monetary authority to lower the cruising speed of the asset purchase program, the difficulties in drawing up a calendar for the withdrawal of stimuli and the definition of a horizon to modify, upwards, the interest rates close to zero decreed to get the US out of the recession of the Great Pandemic. The discussion also left a list of threats. Among which stands out the virulence of the Delta variant of Covid-19 or the doubts about when the largest economy will restore the employment levels prior to the epidemic, as the GDP has done. Despite the fact that the latest data from the Job Openings and Labor Turnover Survey (JOLTS), a poll unveiled last week and which specifies the job vacancies in the US at the end of July, totaled 10.9 million jobs, compared to the 10.2 million in June and the 10 that the market predicted. And that suggests that job creation will take on new vigor in the short term, after adding 962,000 in June and another 1.1 million in July. It is the seventh consecutive month in which the labor supply in the country has rebounded. Also from the inflation side, the Federal Reserve’s strategy reveals that it is on the right track. At least in this last summer month. Because the evolution of the underlying CPI was at the lowest level in the last six months in August, which invites the market to think that prices in the US may have peaked, despite maintaining its recent muscle for a few more months. The underlying indicator – which excludes food and energy components – rose in August, the most modest rise since February, after rising 0.3% in July. Due to the decrease in prices of second-hand vehicles and vans and airfares, of 9.1%, due to the rebound in infections of the Delta variant and the launch of offers to alleviate the decline in travel demand.

From the American Department of Labor they align themselves with the thesis of the president of the Federal Reserve, Jerome Powell, who maintains that inflationary pressures are transitory when it comes to justifying the reduction of the intensity of the massive asset purchase program that the Fed has planned to start in November. However, in annual terms, the general inflation indicator, despite increasing its evolution by three tenths in August, stands at 5.3%. In a climate of decline in the value of the dollar and sovereign debt. “Inflation is still flowing in a very intense and worrying way, even without comparing it with its one-year rate,” explains the number two of the Aberdeen Standard Investments research service, James McCann. “But if it dampens its escalation in the next six months, it will give the Fed arguments to keep the planned calendar on the rise in interest rates” which, as it has been stating, would last until the beginning of 2023.

In Europe, however, as is becoming the custom in recent economic history, the business cycle has started in a weaker way and with attenuated domestic demand. Hence, authoritative voices such as Charles Goodhart, a former Bank of England official, believe that the ECB would be wrong if it ventured to follow in the wake of the American Fed. This would be the essential reason behind the disconnection of monetary policies on both sides of the Atlantic. Frankfurt must slow down its decision-making – on the debt purchase program and, of course, on the change in the price of money – because the euro economy marks another, less competitive pace in the post-Covid scenario.

The interventionist measures of both central banks are being decisive so that the credit tap has remained and persists with the taps open during the Great Pandemic and its recent favorable conjunctural horizon. The ECB manages around € 80 billion a month in assets from its Pandemic Emergency Purchase Program (PEPP), with which it acquires debt and assets worth 20,000 million per month. While the Fed monopolizes about 120,000 million a month, broken down into 80,000 million in Treasury debt and 40,000 in issues of mortgage-backed securities (MBS, for its acronym in English). This last detail is the one that is being widely questioned by American economists, because the boiling of sales, at especially high prices, are combined with benevolent mortgage contracts for a price of money at zero cost, which is helping to generate – some market sources say – a housing bubble. In fact, last May, with the end of the recession – certified in the second quarter of this year – the largest rise in house prices in the US was recorded. With an increase of 16.6% in year-on-year terms, according to the S&P CoreLogic Case-Shiller index. An unknown leap in the 34 years of its historical series. The Fed maintains in suspense the debate on whether it would be – or not – advisable to anticipate the beginning of the gradual withdrawal of its stimulus program, contemplate its minutes.

The ECB has also decided to make a move in its PEPP. Keep it active until at least March 2022, but in a “more moderate” mode of execution, compared to the previous quarters as of October, according to the latest statement from the institution. Yes indeed. No trace of when the price of money might change. With the euro economy showing signs of having put one more gear in the summer period, driven by the arrival of the first resources of the Next Generation EU, and with several of its partners recovering the employment levels lost as a result of Covid-19. This new consideration of the monetary aid at stake prompts analysts such as Gilles Moëc, chief economist at AXA Investment Managers, to anticipate that hawks from the European regulatory authority are beginning to take positions and gain influence within the executive leadership. “Although the reduction of the PEPP announced by the ECB last week is not a tapering in itself, we detect a growing weight of the toughest wing of the ECB – those in favor of leaving interest rates in negative territory – in the bank’s communication policy “. For Moëc, “with the hawks gathering strength, the link between the end of QE and interest rates will be cut”, which will leave the Council wide sleeve to act after the cessation of the PEPP which, presumably, as Frankfurt admits, will be in March 2022. “Despite the fact that the balance of risks around the most optimistic growth prospects is neutral, the ECB’s balance leans more and more towards monetary movements due to the rise in inflation.” Another of the symptoms of his renewed decision-making muscle. Given that – Moëc assures us – upward inflation risks have arisen without its scenario having barely moved. The underlying inflationary forecast for 2023 has only risen by 0.1% -in relation to June-, to 1.5%, a level that is still significantly below the ECB’s objective of 2%, which, in addition , has just been made flexible for the first time since birth. A staging that reveals the struggle between the two factions – the most orthodox and the most lax – that will surely continue until December, he explains.

Bank of America also confirms that prudence – even with the hawks’ show of force – will continue to govern the immediate destinies of the ECB. With the financial data of the two central banks, their experts believe that “they are shedding some light” on the opacity that presides over market decisions regarding their GDP dynamism forecasts, job creation and the behavior of inflation on both sides of the Atlantic. So what They will not stop using their Quantitative Easing (QE) until they see the Covid crisis overcome. With its high frequency indicators. That is, once the guidelines for its long-distance activity, price and employment indicators determine it. Even making use, beyond the month of March 2022, of the standard asset purchase plan (APP), not the emergency one, which is known as PEPP. In case you need new incentives.

For Daniel Gross, director of the Center for European Policy Studies, he delves into these transatlantic divergences. With different economic conditions and priorities. With Europe ahead of the US in vaccination and both GDP in “strong recovery”, the times and priorities are, in his opinion, an anticipation of future problems that should not be underestimated. The main focus of distortion is the tax area. With a budget deficit, in the US, of around 15% in 2020 and 2021, it will remain in double digits after the spending proposals of the Biden Administration – in particular, the 2 trillion of the American Jobs Plan and the additional long trillion of the infrastructure plans-, in addition to other programs under discussion in Congress. While the euro area, although with a notable hole, will register an imbalance of between 7% and 8% of its GDP at the end of the current year. Half the American, Gross explains. For whom, the projects to achieve energy neutrality also reveal greater speed among European monetary partners with respect to the still unfinished road map of the White House. Where job destruction – and subsequent creation, with the start of the cycle – has oscillated to a much greater extent than in Europe. To which is now added the crossroads in which it seems that their central banks are going to incur when abandoning their “accommodative” policies. Much more complacent about inflation, in the American case, than the ECB’s own rigors on this indicator, which has always acted as a monetary corset in the past. A panorama that also concerns the value of its currencies, with the dollar losing positions as a foreign exchange reserve in the international order, and the euro re-establishing the muscle lost in the two-year period prior to the arrival of the epidemic.

Other economists, such as Andrew Kenningham, chief US economist at Capital Economics, consider that “the euro area is going in the same direction as Japan”; Alluding to the fact that it could “raise interest rates or stop asset purchases within the same time horizon”. As the Bank of Japan (BoJ) has been doing for the last 20 years. His future outlook falls within analysts who think that the ECB will not move rates until the final stretch of 2023, probably more than half a year after the Federal Reserve does. So the deposit rate will remain at -0.5% and its refinance ratio at zero until then, explains Kenningham.

In his forecast, he observes an average inflation of 2.1% this year and 1.6% in 2022. Omens that, if fulfilled, would give the ECB enough arguments to try to prolong its current monetary policy.