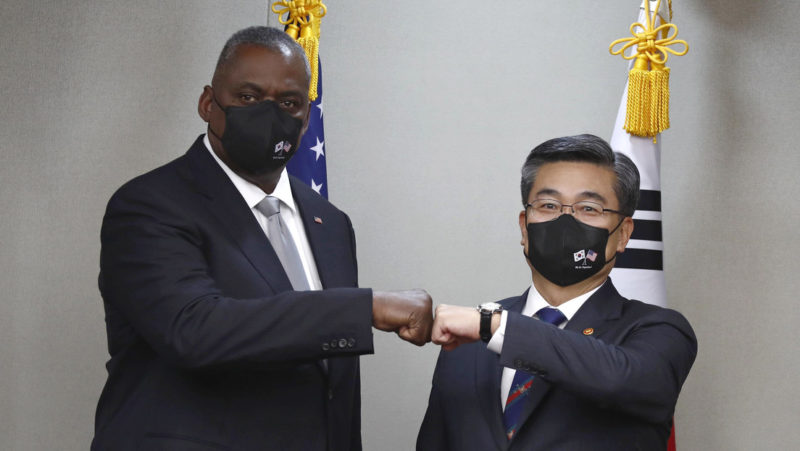 The United States and South Korea agreed on Thursday to develop a new contingency plan in response to a possible threat of war with North Korea, the agency reports. Yonhap.

The new one Guide to Strategic Planning The SPG will replace existing wartime procedures – designed about a decade ago – aimed at slowing down a North Korean advance. The current guidelines have become obsolete due to changes in the strategic environment and advances in the development of nuclear weapons and ballistic missiles.

At a press conference during his visit to Seoul, US Secretary of Defense Lloyd Austin reported that both nations had discussed, among other issues, their “unity in the face of threat” representing Pyongyang for its military strengthening.

“The Democratic People’s Republic of Korea continues to advance its missile and weapons programs, which is increasingly more destabilizing for regional stability, “said Austin, who met with South Korean Defense Minister Suh Wook in the framework of security talks.

In a joint statement following their meeting, Washington and Seoul stated that they maintain their “diplomatic approach” towards the North, whom they incite to participate in the dialogue. At the same time, they emphasize that the alliance contributes to the security of the region and stressed the importance of preserve the peace in the Taiwan Strait.

Austin reiterated his country’s security commitment to South Korea, making available “the full range of US defense capabilities, including nuclear, conventional and anti-missile defense capabilities.” Likewise, he emphasized that the 28,500 US soldiers on South Korean soil. On the other hand, Suh and Austin agreed to carry out an evaluation next year for the transfer to the Asian country of the Operational Control in Times of War (OPCON), delayed by the coronavirus pandemic.