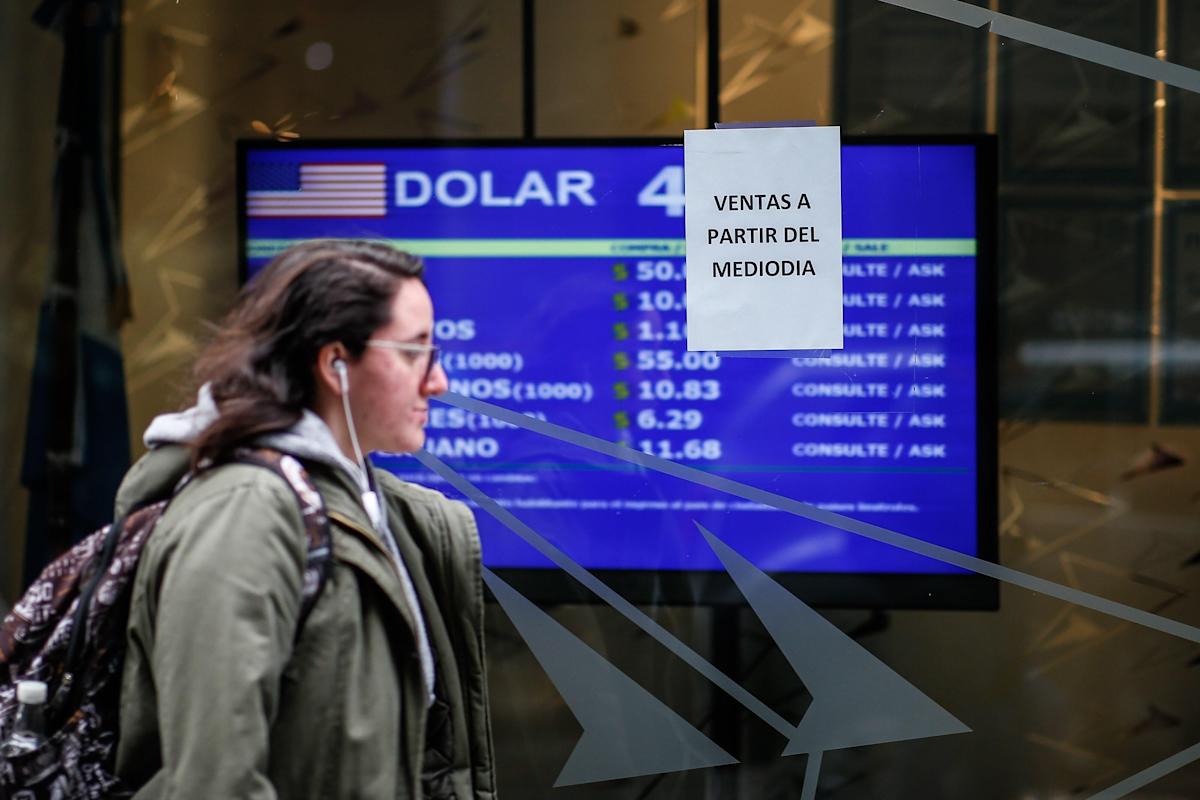 The US dollar reaches a new high in the Argentine market

Buenos Aires, Oct 27 (EFE) .- The price of the US dollar both in banks and exchange houses and in the informal market in Argentina closed this Wednesday at a new all-time high.

The US currency advanced 25 cents in the state-owned Banco Nación, where it closed at 105 pesos per unit for sale to the public, while the price in exchange houses and other banks reached an average of 105.86 pesos per unit.

These are values ​​never before registered in the official retail exchange market in Argentina, where purchases of foreign currency are restricted to a maximum of $ 200 per month per person and also taxed at a rate of 30%.

In the informal market, meanwhile, the value of the dollar broke a new record on Wednesday by rising one peso and closing at 197 pesos per unit.

In the formal wholesale market, regulated by the Central Bank, the US currency rose nine cents, to 99.65 pesos per unit, while in the financial channels for more sophisticated operators the currency was around 180 pesos per unit, with a slight increase compared to the close of this Tuesday.

Market analysts link the renewed pressures on the Argentine exchange market with hedging operations by investors in the face of a macroeconomic and political scenario that awakens uncertainty in the face of the legislative elections on November 14.

Among the factors of concern are the high levels of inflation and monetary issuance, which increase expectations among investors of a depreciation of the Argentine currency.