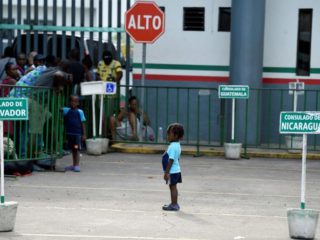 The Joe Biden government announced on Monday that parents and guardians who are legally in the United States and are dependent on minors in El Salvador, Guatemala and Honduras will be able to request a permit to bring them to live with them in the United States.

As of Tuesday, September 14, new requests will be accepted to benefit from the Central American Minors Program (CAM), which provides children and adolescents at risk in those three countries to enter and reside legally in the United States, reported the departments of State and Homeland Security in a joint statement.

The CAM, created by Democrat Biden in 2014 when he was vice president of Barack Obama, was canceled in 2018 as part of the harsh anti-immigration policy of former Republican President Donald Trump.

But upon his arrival at the White House this year, Biden resumed it.

The Biden administration allowed in March the reopening of pending cases from January 31, 2018. And in June it expanded the conditions to participate in the CAM: in addition to parents, legal guardians and adults with pending legal status, including those who applied for asylum and await the resolution of their cases.

“The reopening of CAM along with the expansion of eligibility are components of President Biden’s multi-pronged approach to addressing the challenges of irregular migration through Central and North America,” according to the official statement.

The Democratic government, which promised a “just, orderly and humane” immigration system, is under strong criticism from the Republican opposition, who accuse it of creating a humanitarian crisis at the border.

Since June 2020, the number of migrants who tried to cross illegally into the United States from Mexico, many of them minors unaccompanied by an adult, has multiplied after a decline due to the covid-19 pandemic.

In July, the crossing of undocumented immigrants at the southern US border broke a new record in 21 years: more than 200,000 migrants were detained, according to the latest figures from the Office of Customs and Border Protection (CBP).