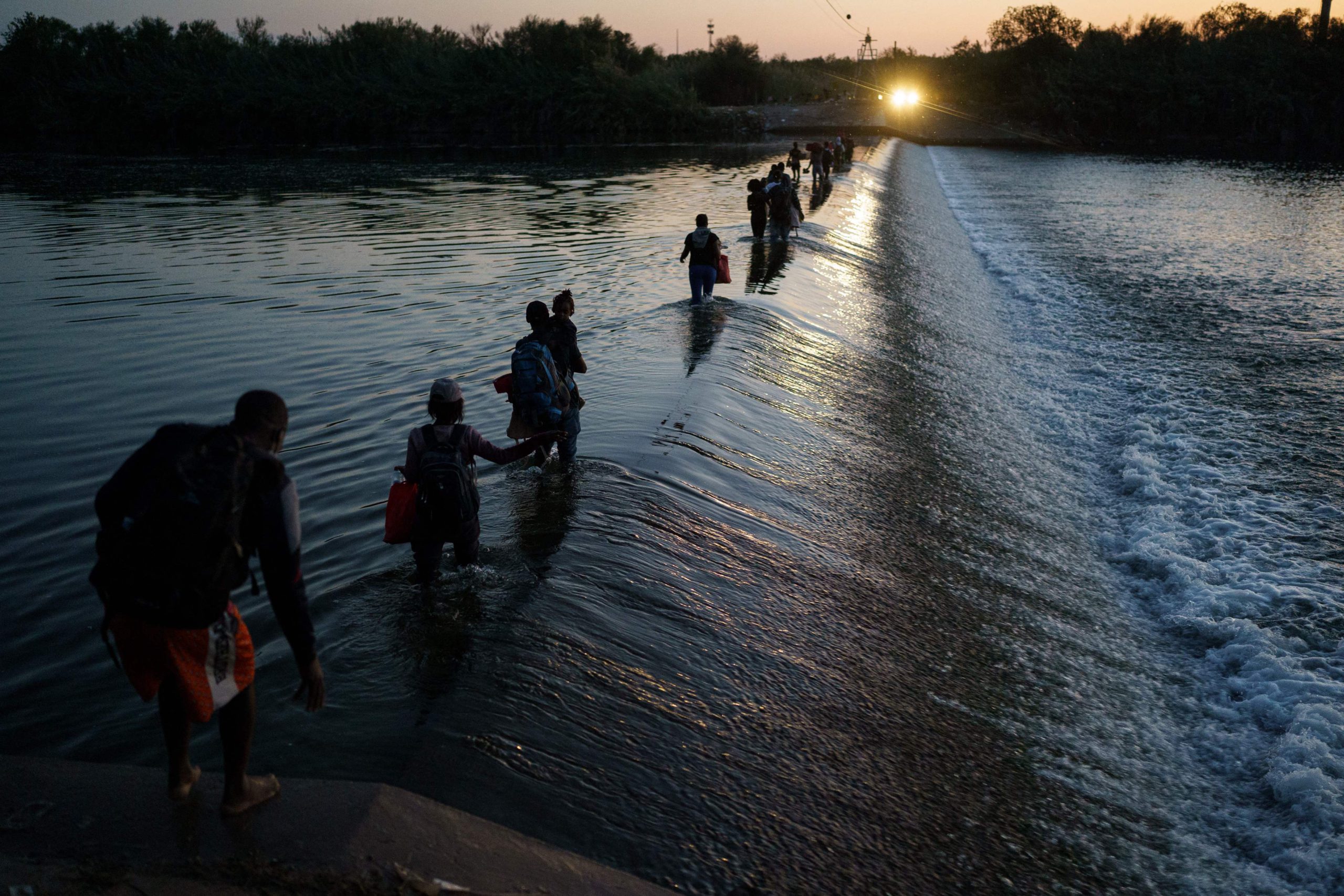 The Joe Biden Administration intends to launch a plan this Sunday to accelerate the deportations of several thousand Haitians after the arrival of more than 14,000 migrants to South Texas, according to anonymous sources cited by local media. The strategy of the Democratic government, agreed with the Haitian authorities, would be to send the migrants back to their country of origin on several daily flights. The Department of Homeland Security (DHS, for its acronym in English) reported this Saturday that they transferred some 2,000 people who were in the Texas city of Del Rio to activate their prosecution and possible expulsion from the United States.

A huge caravan of Latinos, made up mainly of Haitians, but also including Venezuelans, Cubans and Nicaraguans, crossed from Mexico to the US on Thursday. The 14,353 migrants are being held in a makeshift and gigantic camp under the Del Río international bridge and they are awaiting prosecution, the city’s mayor, Bruno Lozano, has said. 400 Customs and Border Protection (CBP) agents are expected to arrive at the site on Monday to expedite processes.

“DHS will secure additional transportation to accelerate the pace and increase the capacity of retirement flights to Haiti and other destinations in the hemisphere within the next 72 hours,” explained Marsha Espinosa, a DHS spokesperson, to The Washington Post. “We have reiterated that our borders are not open and people should not make the dangerous journey,” he added. In August, the US detained nearly 209,000 migrants, a 2% drop from July, but still at levels not seen since 2000, according to CBP.

Haitian authorities said they are willing to accept at least three flights a day, but Washington wants to increase the frequency. Some employees familiar with the matter cited by local media have said that the intention is to send up to eight daily flights, although the figure varies depending on the source. Each one usually carries up to 120 people.

The chaos in Del Río, a city of 35,000 inhabitants that is in a state of emergency due to the immigration crisis, forced US authorities to temporarily close traffic to all vehicles and pedestrians on Friday at the only border crossing in the town. During this Saturday, with the passage reopened, dozens of migrants were seen crossing the Rio Grande to go to Mexico for food and then return to the United States.

The Biden Administration has been expelling migrants under the rule known as Title 42, an exception in the health law that allows “hot” deportation of undocumented migrants and asylum seekers. Donald Trump invoked it for the first time in March 2020, with the excuse of the pandemic. The Democratic government renewed it last August. A judge on Thursday ordered the White House to lift the measure within a maximum period of two weeks, considering it unnecessary to stop the spread of the coronavirus. Biden appealed the ruling.

“The Haitian government’s ability to safely receive its citizens will take months, if not years,” read a letter signed this week by 50 Democratic lawmakers, who asked Biden to stop deportations of Haitians. Haiti is recovering from an earthquake last month that left more than 2,000 dead and thousands injured. In early July, President Jovenel Moïse was shot to death while sleeping at his residence.