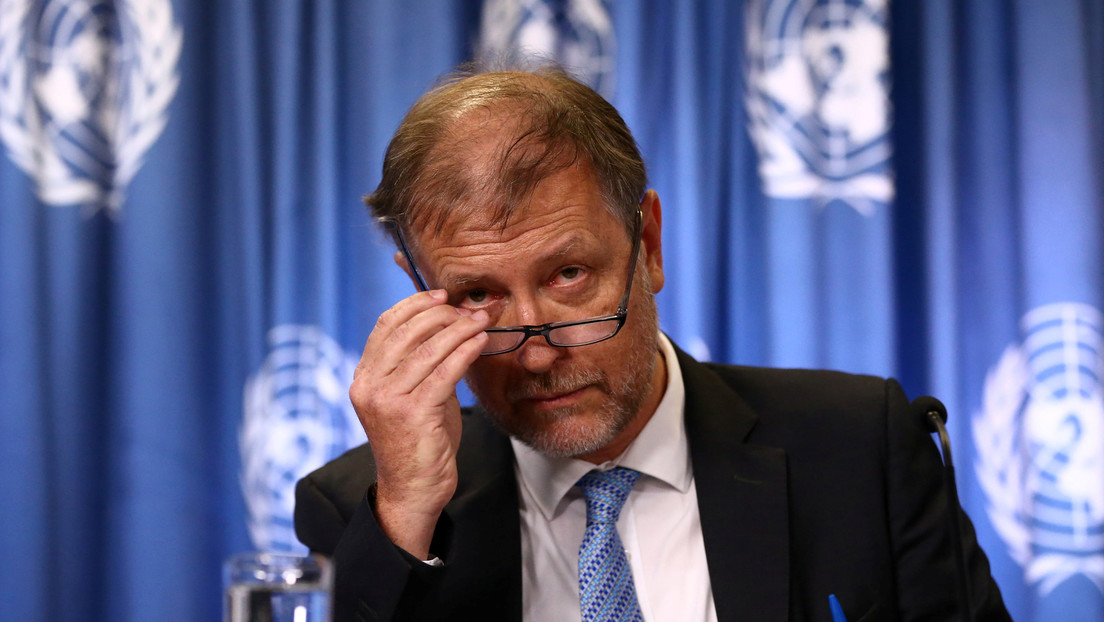 The Office of the United Nations High Commissioner for Human Rights in South America regretted that more than two years after the social outbreak in Chile, the State has been unable to fully recognize the human rights violations committed by its own agents.

“The victims in general continue to be deeply affected by the lack of express recognition by the State that violations of their human rights have been committed. The Executive Branch has not had an unequivocal position on the express and clear recognition of human rights violations,” pointed the organism in a update report to the technical mission that visited Chile in November 2019.

The representative of the regional office, Jan Jarab, recognized the efforts of the Chilean State to incorporate the recommendations presented by the agency’s delegation in 2019. “However, obstacles persist in victims’ access to justice, reparation and guarantees of non-repetition “, underlined.

#Chile🇨🇱🔴 Two years after the massive protests, the country must continue to strengthen #Human rights, according to a report released today by @UN_rightThe report analyzes the implementation of the recommendations made to Chile in 2019 ➡️https://t.co/A2wyUIhoQ3#InformeChilehttps://t.co/zHBlEb4woppic.twitter.com/yWCT16bTPO

The organization criticized the fact that Supreme Decree No. 1086 is still in force, by means of which the organizers are obliged to notify the authorities, two days in advance, of any public demonstration.

“Converts the exercise of the right to freedom of peaceful assembly into a privilege“, pointed out the UN on a regulation that was implemented from the time of the military dictatorship, in 1983.

Although it began as a protest against the increase in the price of the Santiago de Chile Metro, which resulted in the claim of millions of citizens before the terrible economic inequality that prevailed in the South American country, the repression and police brutality against the protesters ended up igniting anger in the streets, with a balance in those first months of 34 dead and thousands of injured.

Between October 17, 2019 and March 18, 2020, the National Institute of Human Rights (INDH) document 2,825 victims of abuse by the security and justice institutions. Of these people, 1,615 suffered beatings at the hands of officers; 1,334 reported shooting; 302, were stripped; among other aggressions.

This balance was the result of excessive use of force by the authorities. The Carabineros agents, in many mobilizations, indiscriminately used the anti-riot shotgun with less lethal ammunition, even firing directly “towards areas of high lethality such as the head and thorax,” according to the Office of the High Commissioner.

According to the INDH, some 101 victims had an injury caused by ocular trauma; another 20 reported the bursting of the eyeball; and in 31 cases, was registered loss of vision from irreversible eye trauma.

“This improper way of using the anti-riot shotgun is what explains the high rate of people injured by kinetic impact ammunition and, in particular, with ocular trauma,” denounced the UN.

In the review of the report carried out in 2019, the international organization pointed out that the use of riot control shotguns has been limited. However, the agents of Carabineros now use tear gas more regularly against protesters, using grenades and as kinetic impact ammunition.

The Office of the High Commissioner documented cases that “seem to indicate a use of force allegedly by state agents in circumstances that would constitute violations of the right to life and the right to physical integrity.”

The agency also denounced that Carabineros officials did not assist people injured during the demonstrations.

In the update, the UN made reference to the use of water launchers against people who did not represent “any threat either to the police officers or to public order.” As documented by the agency, the authorities fired water at human rights observers, journalists or health brigade members.

On the other hand, the South American office of the High Commissioner regretted that more than two years after the start of the social outbreak, the Chilean State has not expressly recognized the serious human rights violations committed.