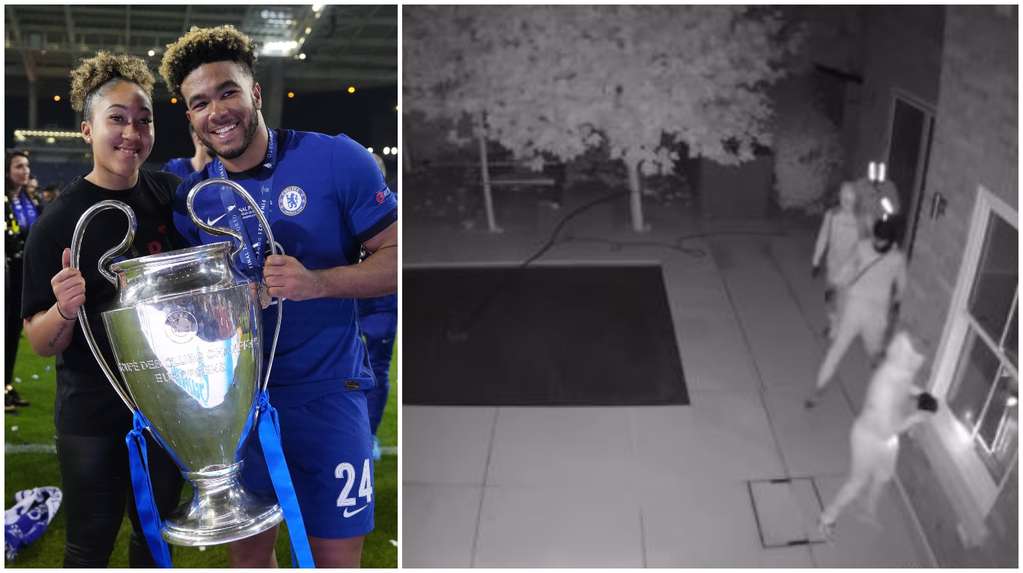 The video of the robbery of Reece James’ mansion while he was playing with Chelsea: the treasure that the thieves took

Reece James, right side of Chelsea, suffered on Tuesday a robbery in his mansion while he was playing a match against Zenit of Russia. Valuables and personal prizes were taken there, such as the medal for the first place in the last edition of the Champions League.

“On the night of September 14, while I was playing with my club on our return to the Champions League, a group of cowardly thieves broke into my house,” the English international wrote on his Instagram account, adding: “They managed to take a very heavy safe, containing personal items, to his car”.

In addition to the Champions League champion medal won against Manchester City at the end of May this year, they also took away the runner-up medal of the last European Championship.

“Those medals won with Chelsea and with England are honors that can never be taken from me, whether I have those medals physically with me or not“, he pointed.

The player shared four video clips from the security cameras, in which thieves can be seen breaking into his house and pushing the safe.

As Reece James himself pointed out, the investigators are not far from identifying the culprits and he asked for help with this task, with the aim of “doing justice.”

Chelsea kicked off the title defense on the right foot

On the night of the robbery, Reece James was in the middle of a game with Chelsea against Zenit for the first date of the group stage of the Champions League. The defending champion was up to the task and kicked off the competition with a 1-0 win, which filled the fans with excitement.

The Belgian Romelu Lukaku, star signing of the ‘Blues’, was in charge of scoring the only goal of the match when 24 minutes of the second half were played. These three points allow Chelsea to settle into a Group H that also features Juventus from Italy and Malmö from Sweden.

This triumph also confirms the good start to the season for the team led by the German Thomas Tuchel, who in the first four rounds of the Premier League obtained 10 points and shares the top in the standings with Manchester United and Liverpool.

“It was difficult, against a very strong opponent and with very good players individually. So we had to work very hard each time to get the ball back, ”Tuchel explained. He added: “In the second half it was a little easier for us to find small spaces and shooting positions. It was a deserved victory, but it took a lot of work.”, He estimated.