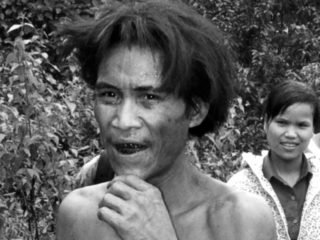 Ho Van Lang, a Vietnamese man who lived in isolation in the jungle for four decades with his father, has died at the age of 52 from liver cancer eight years after returning to civilization. informs Daily Mail.

In 1972 Ho Van Thanh, Lang’s father, went into the middle of the jungle with his one-year-old son, fleeing from the US bombings When in 2013 They returned to civilization, they believed that the Vietnam War was not over yet.

To forget you will be impossible #hovanlang#vietnamesetarzan#realifetarzanpic.twitter.com/CKp7bEgsqw

Ho Van Lang passed away on September 6. Speaking to the British newspaper, the explorer Álvaro Cerezo, Lang’s friend, said that, probably, the modern life had consequences fatal to his health as he began to eat processed foods and occasionally drink alcohol and smoke. “It always worried me that he and his body couldn’t handle a such a drastic change“Cherry wailed.

During the 41 years he spent in the jungle, father and son they survived by collecting fruits and yucca and planting corn. When Ho Van Thanh died in 2017 at age 86, his son felt the weight of loneliness. In November of last year, Lang felt pain in his chest and abdomen and was diagnosed with invasive liver cancer, which, according to the doctors, had reached an incurable stage.