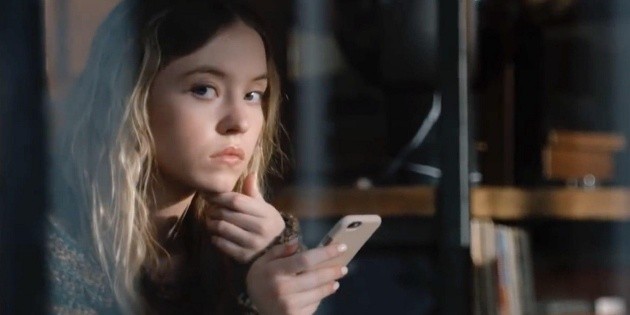 The Voyeurs: the movie just added to Amazon Prime that will surprise you

Throughout the week, the different streaming platforms have launched great additions to their catalog: while Netflix bet on the third season of Sex Education, HBO Max had the premiere of the first episode of Secrets of a Marriage. For its part, Disney + premiered The New Mutants and it was a real success. But what about Amazon Prime Video? Jeff Bezos’ company chose to add The Voyeurs, a movie that will surprise you. Check out the trailer here!


Directed by Michael Mohan, the story introduces Pippa and Thomas, a young couple who move into the apartment of their dreams. At that moment, they notice that their windows overlook another house and little by little they begin to become curious about the sexual lives of their neighbors. But what started as an innocence turns into a obsession when they discover that one of them is cheating on the other. A series of events tainted by temptation and desire lead their lives to deadly consequences.

The script was in charge of the director Michael Mohan himself, who previously worked on films such as Save The Date (2012) and Pink Grapfruit (2015). This is not the first time he has written and directed for streaming platforms: he already did it with the series Everything Sucks! which premiered in 2018 on Netflix and with Modern Love in 7 Shorts Films in 2019 also for Amazon Prime Video.

+ Other premieres on Amazon Prime Video

In addition to The Voyeurs, how it was translated in Latin America, among the subscription service trends remains Cinderella, starring Camila Cabello, as well as Nine Perfect Strangers with Nicole Kidman as the main actress of the drama. In addition, globally it is positioned The Grand Tour, a British automotive series hosted by Jeremy Clarkson, Richard Hammond and James May.