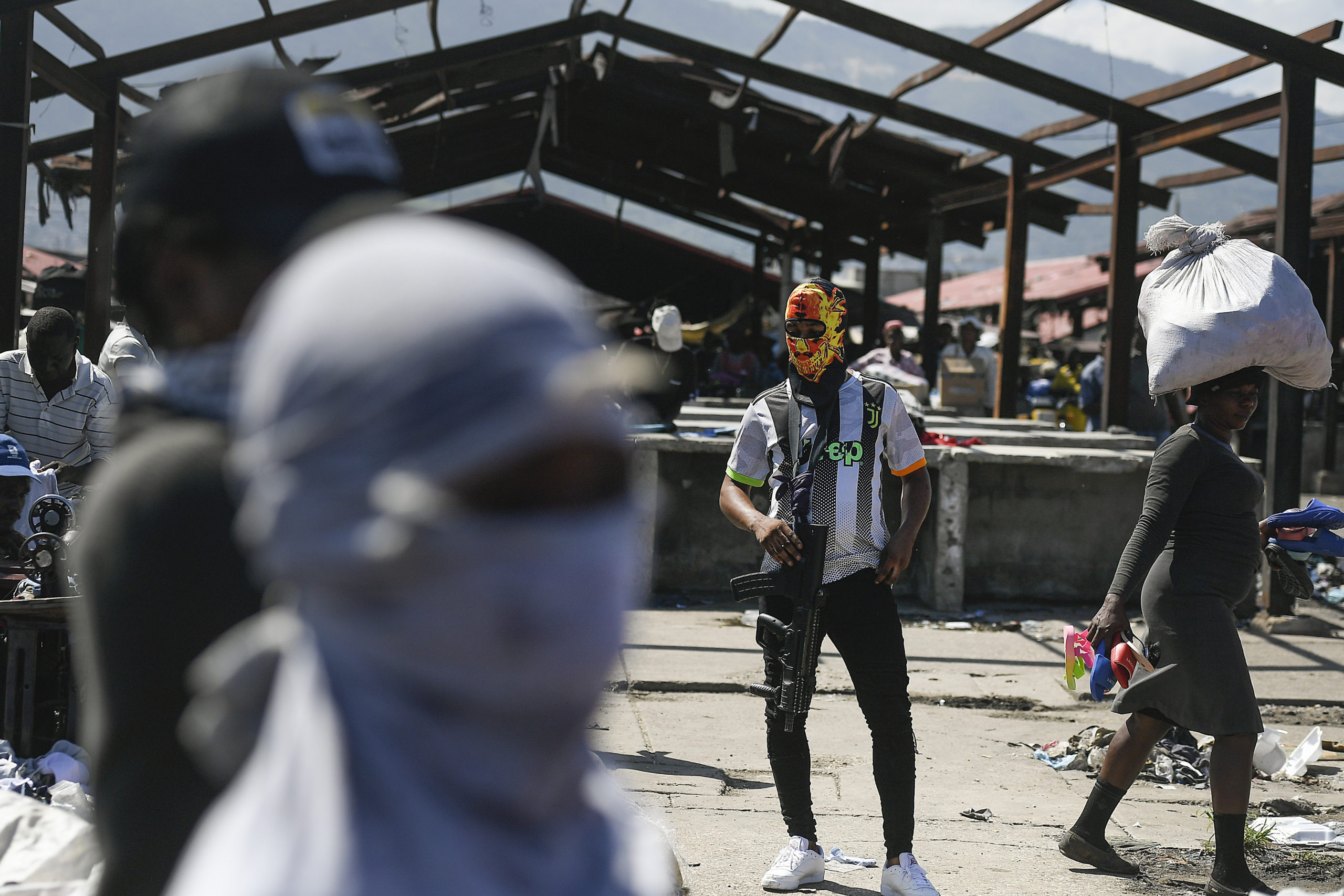 There are countries like Haiti that seem to be always breaking down. Countries that are never in the news for anything good because their athletes never win anything, nobody gets a film award, a book is not published, they do not have a typical dish or their turquoise beaches are unknown because the only conjugated verb is always the same: survive. Countries that sometimes explode in 35 seconds by action of nature when an earthquake shakes the earth, and others where it is the hand of man that breaks it down.

Countries so insignificant that, when last Saturday the news of the kidnapping of 17 religious from Ohio in the streets of Port-au-Prince reached the news around the world, someone at the back of the group seemed to raise his hand to say no, we are 18, because I, the driver, a Haitian national, was also kidnapped. Omissions that, obvious as they are, describe the picture better than any report from official bodies.

The dramatic decomposition in which the Caribbean country of 11 million inhabitants is immersed required a massive kidnapping to return to talk about how a nation is decomposing in real time. How a country crumbles in front of the eyes.

The kidnapping of 18 people, 16 Americans, a Canadian and a Haitian who were part of a religious group at the hands of a gang known as 400 Mawozo, something like ‘400 of the people’, confirms the dimension that the gangs have taken to replace the State. The kidnappers have demanded $ 17 million to release the hostages, and the gang leader has threatened to “put a bullet in their heads” unless the ransom is paid.

The kidnapping of the religious was the epilogue to a chain of misfortunes that reached its peak in July when the president of Haiti, Jovenel Moïse, was assassinated in his bed, plunging the country into deep political chaos without any solved the assassination. A month later, more than 2,000 people were killed in a 7.2-magnitude earthquake, while tropical depression Grace left thousands destitute. While all this was happening, not a single day has the arrival of planes from the United States loaded with Haitians stopped, in total more than 11,000 deported migrants, left to their fate in the country after several years abroad.

In this context, criminal gangs, increasingly armed, have found in kidnappings the way to gain power and money. Between July and September, 221 kidnappings were recorded. More than two people a day, including merchants, street vendors, doctors, students, children and religious, many religious. The kidnappings became such a lucrative business that currently eight people are kidnapped a day, 119 in the last 15 days, according to the Center for Analysis and Research on Human Rights (CARDH), a local non-profit group that counts 36 kidnapped Americans in 2021.

So far, kidnapping foreigners has been a profitable business where the average fee to start talking is $ 1 million for whites, and $ 100,000 for locals. In a country divided by race, class and income, kidnapping has become the only democratic thing, since it hits everyone equally and the testimonies of those who manage to pay the money describe prolonged torture and mistreatment during captivity. The consequence is that when night falls, this boisterous, Caribbean and joyful country that survives by day, when night falls, holds its breath. “This country is upside down, you cannot walk, leave Port-au-Prince or be in the street when the sun goes down. If we continue like this, the next step will be looting, ”says Francine Sabalo, a 28-year-old who sells chicken on the streets of Juvenant, a colony in the capital. His cousin, a transporter who carried merchandise from Port-au-Prince to Cap Haitien, was kidnapped when he was crossing the Croix de Buquet neighborhood and like many who manage to collect the money and be freed, his account of what he experienced during the kidnapping contains beatings, mistreatment. , screaming and eleven days eating a bowl of rice. “He has not been the same again. He does not want to talk about it because of the trauma it causes him. He starts crying and has convulsions, ”he explains. According to Gedeon Jean, director of the CARDH, “Kidnappings do not distinguish between blacks, mulattoes, rich, poor, women or children. Each kidnapping puts the whole family and those around him in debt, ”he said. According to their data, 80% of those kidnapped are released after paying amounts ranging from $ 1,000 to $ 100,000.

There are currently about 150 active gangs in Haiti, according to a count conducted by the Je Klere Foundation (FJKL) in August. The strongest are the 400 Mawozor, responsible for the massive kidnapping of religious, led by Wilson Joseph, and the G-9, of Jimmy Barbecue Cherizie. Both factions have divided the city and some control the area of ​​Croix de Buquet and others Martissan, preventing the population from leaving the city without risking their lives. Their power is such that the United Nations had to negotiate with them to allow them to unload and distribute the humanitarian aid sent after the earthquake. Mexico, on the other hand, did not negotiate as it should and after two attempts had to turn around with its ship loaded with food and medicine after the hitmen of both began to shoot themselves in front of the ship, López Obrador confirmed days later.

To explain the arrogance of the gangs and the decomposition of the State, it is enough to see the scene that took place last Sunday during the 215th anniversary of the death of Jean Jaques Dessalines, the black slave brought from Guinea who rose up against France and put the knife to death. 4,000 whites in just a few weeks, starting the creation of the first free country in Latin America. Honoring his figure is a tradition that President Ariel Henry wanted to fulfill and also Barbacue, who appeared at the scene dressed exactly like the president, a white suit and a black tie, surrounded by armed people. The appearance of Barbacue he made Henry flee who took refuge in a nearby police station. Worse still was that the policemen who were supposed to protect him despised the president by applauding the arrival of Barbacue, as explained by an agent present at the police station. “Until now the gangs acted as a transmission belt for the parties, but they have gained in firepower and money and it will be difficult to put the thunder back in the box in the current power vacuum”, describes a European diplomat. “We are witnessing the end of a cycle. The end of the rule of law. The State had never been a big deal in Haiti, but we have never seen this state of decomposition ”, explains Heroldy Jean Francoise, director of Radio Ibo, one of the most listened to in the country.

As a result of the control of the port, where 70% of the gasoline enters, the ships have stopped arriving and the shortage has inflamed the population, who this week protested by cutting roads to demand a stop to insecurity. “We have no president, no gasoline, no money, just hunger,” said the young Louis Bourgone who was participating in the protests with a stone in his hand, at a Delmas barricade. With so many international journalists in their country, Haitians took the opportunity to burn tires and cut streets, tired of being the 18 kidnapped that no one talks about.