Home
Finance
The world cannot get out of the plastic crisis with just recycling: experts

The world cannot get out of the plastic crisis with just recycling: experts 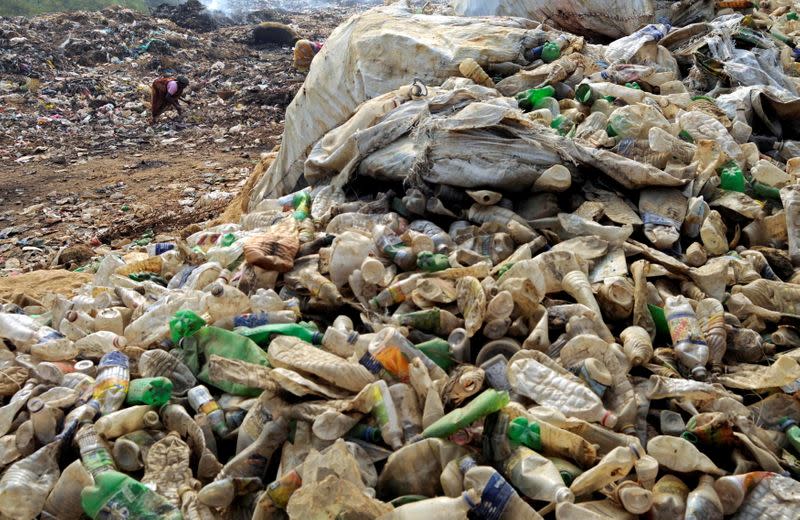 For Joe Brock and Kanupriya Kapoor

SINGAPORE, Dec 3 (Reuters) – Recycling will not be able to stop a global plastic waste crisis spiraling out of control, experts said on Friday, calling on companies to decrease plastic production and switch to reusable and refillable packaging products.

Moving away from single-use plastics and adopting systems that allow reuse are among the solutions that experts believe could alleviate the problem, but radical changes to the production system are also needed.

“We won’t be able to get out of this simply by recycling or reducing,” said Rob Kaplan, CEO of Circulate Capital, which invests in emerging market initiatives to solve the plastic waste crisis.

“It’s a systems problem and you need to combine ‘upstream’ (production) and ‘downstream’ (distribution) solutions,” he said, speaking to a panel at the Reuters Next conference.

The world produces around 300 million tons of plastic waste each year, according to the United Nations Environment Program.

But less than 10% of all plastic has been recycled at least once, largely because packaging is too expensive to collect and sort. The rest end up dumped or buried in landfills or burned. (https://www.reuters.com/investigates/special-report/environment-plastic-oil-recycling)

As recycling plans fail, large consumer goods companies including Unilever, Coca Cola and Nestle have started investing in projects to use burning plastic waste as fuel in cement kilns, Reuters revealed in October.

Meanwhile, plastic production is projected to double by 2040, something many critics of the industry believe is excessive and is the main factor in the enormous waste problem facing the planet.