Home
News
Thelma Fardin, hours before the start of the trial of Juan Darthés for rape: “Reporting makes you lose money, I lost jobs for speaking out”

Thelma Fardin, hours before the start of the trial of Juan Darthés for rape: “Reporting makes you lose money, I lost jobs for speaking out” 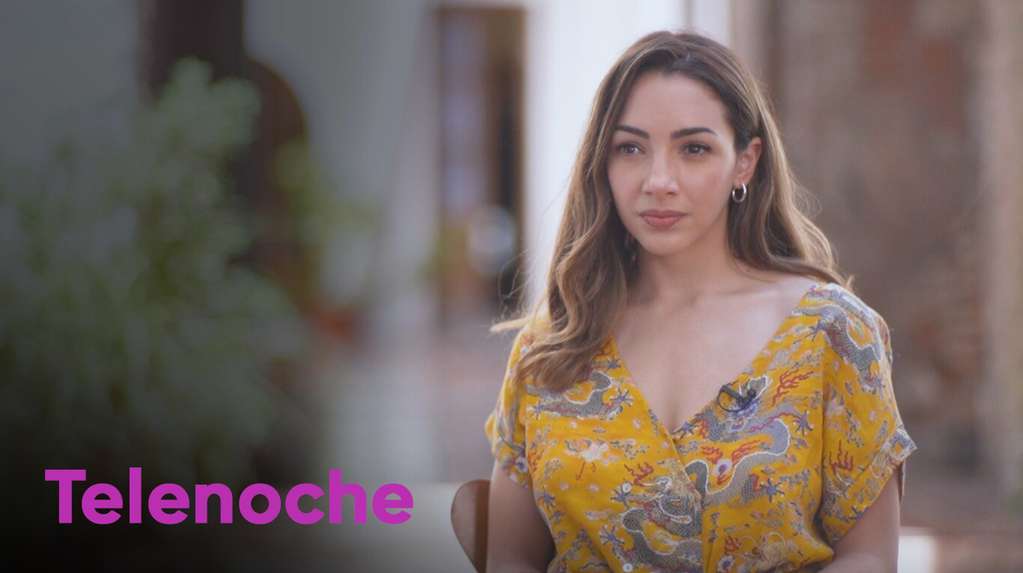 Thelma Fardin says she’s tired. He takes sleeping pills but still gets little sleep. Has nightmares. She dreams of the trial she will have to go through and the sexual abuse that she denounces.

She did not set the date but the circle begins to close almost coincidentally: it was December 4, 2018 when she traveled to Nicaragua to report that Juan Darthes had raped her in that country nine years earlier.

Read also: Juan Darthés trial: what strategy is his defense preparing and what will happen if he is convicted

This Tuesday, Thelma will finally be able to testify before a judge. It will not be there or in Argentina but in Brazil where the actor lives to escape the Interpol red alert that long ago requested his international arrest. “I’m exhausted. As with the latest cartridges, but also with great force and with a lot of desire to reach this stage ”, assures the actress hours before the beginning of the process.

Complete interview with Thelma Fardin, at the beginning of the Juan Darthés trial

– How do you prepare?

I am lucky to be able to do therapy and yoga. I am in psychiatric treatment and I take antidepressants and something to sleep because it is a lot of pressure. I go to sleep and dream about that situation …

– Do you dream of the trial or the fact?

With everything. Especially now that the date of having to tell it in detail is so close, because beyond my public statement, of course my statement in court is much broader. It is very painful because it is also not that I told it once, two, three … It was endless times and they keep asking for expertise about me over my head to see if I am the one who is crazy, the one who wanted to get into this situation.

The cost of reporting sexual abuse

The judicial complaint was followed by a public complaint in which Fardin spoke supported by the Collective of Actresses. “Look how we get” was the phrase that mobilized and transformed the actress into a reference on the subject, also with the violence and questions that this usually implies. She knows it and responds: “Who gets up one day and says:“ Oh, let’s see how I do to be a Trending Topic. Well, I get into this mess, I take a plane in Nicaragua, I physically expose myself to this brutality because I want my name to be said ”. In other words, I can’t even think about what logic operates in these people’s heads, ”complains Fardin. You know it’s not just social media. Darthés’s defense will say that she made this complaint seeking fame.

– What happened to your career since you spoke?

It clearly took a lot of work for me to report, I know it very specifically. In certain spaces it is like they tell me “how terrible what happened to you”, but if they have to call me to work – even if I give them as an actress – they say no. I carry that backpack.

– As if you were to report again?

It’s ridiculous. They say “be careful that he denounces you” on the networks if I take a photo with a male. I denounce a person who raped me, it is not that I like to go through life having to undergo this process. As if reporting was also free. Worse! The construction is that reporting gives you money and it is the opposite: you put money. I put money. Now Amnesty International is with me and that is why I was able to support the international process to move forward. At other times, colleagues have had to help me, collect all the money to be able to take the plane and report.

When I reported, I had a job that I couldn’t do because the production company took me down. He said no, they didn’t put me in because I was in a moment of a lot of exposure. And also the infrastructure in my life changed. Suddenly I went from loading the SUBE to having to take a taxi in that context .. And I said that that month I was behind with the rent. Fortunately I was able to get ahead, but at that moment it completely hacked my life, in addition to the emotional. In very practical terms in my daily life my life was modified by saying “I wear this flag”. And I say it proud, I continue with that flag.

The loneliness of rape complainants

Thelma cries when she talks about her affections, but not when she is attacked. “They have an endurance that excites me,” he explains.

– How did you cope with the attacks?

At this time I had to put together a shell because the attacks were many and because I also feel a great responsibility to say that I am not only speaking personally, I am not speaking only about myself. When I spoke, something very big was uncovered, many people spoke. So I feel the responsibility to speak from the collective and there I feel very whole.

– Do you feel that you were banked or at some point left you alone?

It’s difficult, that’s why the endurance that my environment had is exciting for me, those who did not run at any time. To be totally honest, there were moments when I said “hey, I feel alone”, but then at key moments I was always very accompanied.

– You are going to testify in Buenos Aires, Juan Darthés is going to do it in Brazil. What does it mean to you that I am there?

Before we felt a lot of shame for what we had experienced and now the shame is not mine, it is not the victims, it is he who has to hide, who has to profuse. In judicial terms it is like this: he is a fugitive. There is an international arrest warrant from Interpol, a red alert. Because it is important that this guy is not on the loose or that he first submits to the judicial process. But hey, also for that reason I walk calmly, I know that I am not going to cross it here.

Darthés’ defense submitted a request for new expertise. That will delay the end of the trial. “Let them look for everything they want in me,” she declares, not eager to reach the end.

– At this moment you look back and see the Thelma who made the complaint three years ago but also the one who lived this.

– I look and I have that feeling that today the woman that I am goes and rescues that girl that I was and who was subjected in the way that she was subjected. In a moment it is also necessary that this stops being something that is happening, to reach this stage. The moment in which this woman that I am today finally gives an answer to that girl who at that moment could not do more than endure.