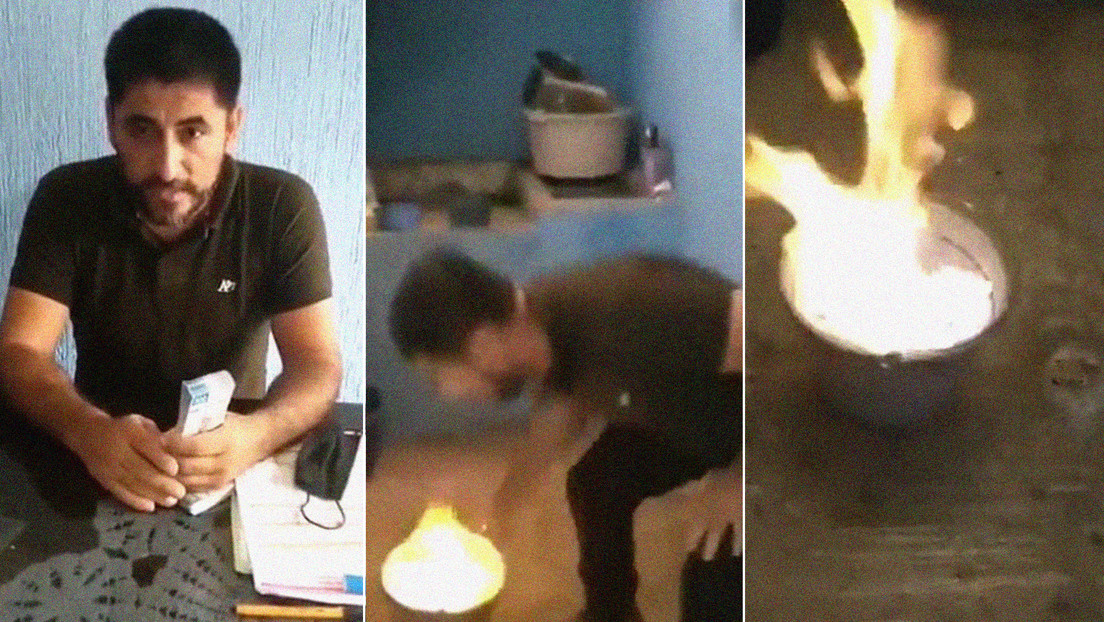 “There’s your money, you filthy bastards”: A Mexican professor burns $ 50,000 from an alleged bribe

A Mexican professor recorded a video in which he burns a million pesos (about $ 50,000) that a union leader from the Michoacán state teachers allegedly sent him to “keep silent.”

Álvaro Cázares García, a member of the magisterial wing of the political organization Poder de Base in Michoacán, published a recording in which he affirms that his leader Benjamín Hernández Gutiérrez tried to bribe him “through his cronies and his henchmen.” according The Century of Torreón.

“They always would have wanted me to be silent but as they had not been able to do so, they tried to bribe me,” said the professor, who was recorded while sitting at the table and holding a wad of bills in his hand.

A teacher from Michoacán explains that they tried to bribe him in exchange for his silence: “This is what the money he sent me is going to be for” 📹 #Video Special pic.twitter.com/oF5jd4suiC

Cázares García accuses Hernández of demanding that he sell the available places to teachers, of charging for changes in school or region teachers, and of assigning places for normal students to “ghost people” who would have charged up to 80,000 pesos (4,000 dollars) , when educators earn up to 15,000 pesos (about $ 700). Presumably, the bribery money would have come from these illegal acts.

The professor says that for more than four years he has “suffered the attacks of the Government.” “I know what it is not to eat because we do not get the salary or salary, but I will not allow it. If it is necessary that they take away my place, it does not matter“.

In the video, the teacher defends his right to make the complaint even if his life is “in danger” and puts all the cash, which was on the table, in a metal bucket. “This is what the money sent by this fucking bastard is going to serve them,” he says.

Later, he empties a bottle of alcohol into the container with the bills and sets them on fire: “There’s your money, you filthy bastards.”

The educator said that he had recorded the clip in January, but that he decided to make it public in recent days because he would have received threats from Hernández Gutiérrez and armed people.