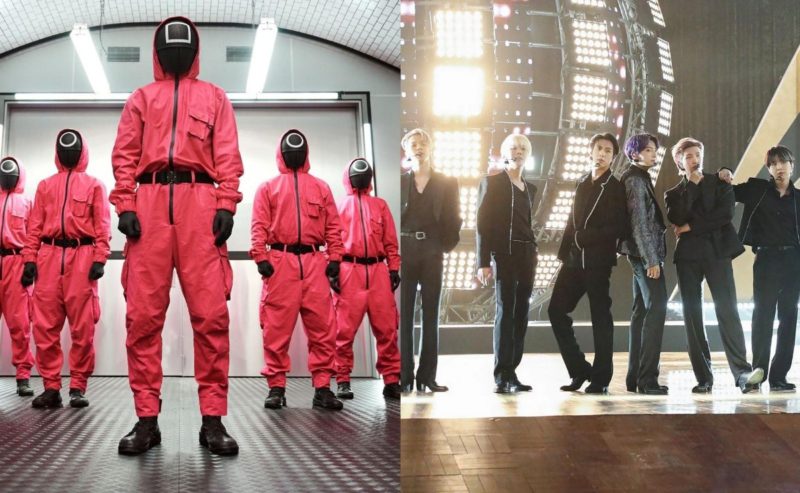 South Korea has become one of the great exponents of popular culture in recent years, something that has taken years of government investment to show today. Two great examples in our day are BTS, the world’s largest K-Pop band, and The Squid Game, the series with the highest number of audiences in the history of the streaming service Netflix. Can their paths cross?

The Korean drama, created by Hwang Dong-hyuk, premiered on the platform on September 17, and for the third month in a row it remained at the top of the Top 10 views. There is no doubt that we are facing the great phenomenon of the year, in terms of television, so it was decided to make a second seasonAlthough there are no details or a release date so far.

The furor reached the K-Pop band in recent days with Jin disguising herself as the mythical doll from the first test “Red light, green light” from the series for the second concert Permission to Dance On Stage in Los Angeles. The images went viral on social networks and the ARMY started asking for him to be part of the next installment of the Netflix show.

On the third day of the tour it was Kim Taehyung who appeared dressed in the red suit of the soldiers of the program and mask with a square in the middle. Fans went berserk once again at the photos and videos that made a trend “Squid Game” on Twitter by asking that the two members of the group be called by the platform to appear in fiction.

According to reports from a few weeks ago, who is more likely to join the cast is V, since in the past he imitated the old man of the series and now he left a new demonstration of his fanaticism, although there is still nothing official. The Squid Game by itself it is already a very popular content and BTS Members Could Surpass Record Of 142 Million Views In Its First Month.