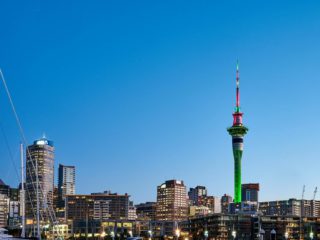 The Economist Intelligence Unit (EIU), an independent business unit within The Economist group, public this Tuesday their traditional annual report ‘Global Habitability Index’, in which they cataloged for this year the best and worst cities to live in on a global scale.

This year’s list experienced some changes due to the pandemic, which even swept the seat of cities that for years topped the list. Thus, Vienna, the capital of Austria, which was at the top of the index in 2018 and 2019, fell to 12th place. After the measurement was suspended in 2020, the ranking is currently headed by cities in only four countries: Australia, New Zealand, Japan and Switzerland.

The prevalence of Australia and New Zealand in the index is explained by their managing the health crisis unleashed by the covid-19: the authorities of both countries chose from the beginning to impose tighter border controls, which has allowed its inhabitants to enjoy a relatively normal life.

Despite the fact that the new ‘ranking’ was significantly renewed due to the fact that European cities such as Frankfurt, Hamburg and Düsseldorf (Germany) suffered the sharpest descents, the average global habitability score fell by seven points compared to the pre-pandemic level.

“The degree of protection of cities due to the strong closure of borders, their ability to cope with the health crisis and the pace at which vaccination campaigns were deployed, drove significant changes in the classification “, appointment Bloomberg to the authors of the investigation.

In total, the evaluators they cataloged 140 cities, work for which, apart from the impact of the coronavirus, they took into account indicators included in six categories: stability, health, education, culture, environment and infrastructure.