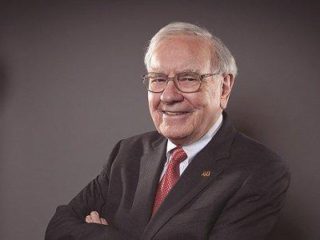 Where are the richest US funds investing right now? What companies are the Wall Street ‘gurus’ bought into? Most of these funds are hedge funds, known in the jargon as ‘hedge fund’, they can take buying or selling positions in stocks and other financial instruments such as futures or options, in addition to not having limitations on the weighting of an asset in the portfolio.

The largest fund with a portfolio value of $ 293 billion is Berkshire Hathaway from the legendary investor Warren Buffett who has prominent stakes in Apple weighing 41.46%, Bank of America 14.21%, American Express 8.55%, Coca-Cola 7.39%, food company The Kraft Heinz 4.53%, Moody’s rating agency 3.05% , Verizon Communications 3.04%, US Bancorp 2.51%, the health company specialized in dialysis DaVita 1.48% and the ‘teleco’ Charter Communications 1.28%, according to Dataroma.

It is closely followed by the Polen Capital Management fund with 52.2 billion dollars and bets among its main positions in such well-known technology as Facebook, Microsoft, Google, Adobe, Amazon or Salesforce.

The fifth largest fund on Wall Street, Chris Hohn’s TCI Fund Management, is the most concentrated with only 13 portfolio positions and an equity of 40.100 million dollars invested in companies such as Charter Communications, Alphabet, Microsoft, Canadian Pacific Railway, Visa, Canadian National Railway, S&P Global, Moody’s, Alphabet or Boston Properties. Charter Communications and Alphabet add a weighted weight between the two in the fund of 37.14%.

The Bill & Melinda Gates Foundation Trust fund, which is the tenth vehicle in equity under management with a net worth of 23.9 billion of dollars divided between liquidity and only 15 shares, bets on Berkshire Hathaway, Waste Management, Caterpillar, Canadian National Railway, Walmart, Crown Castle, Ecolab …