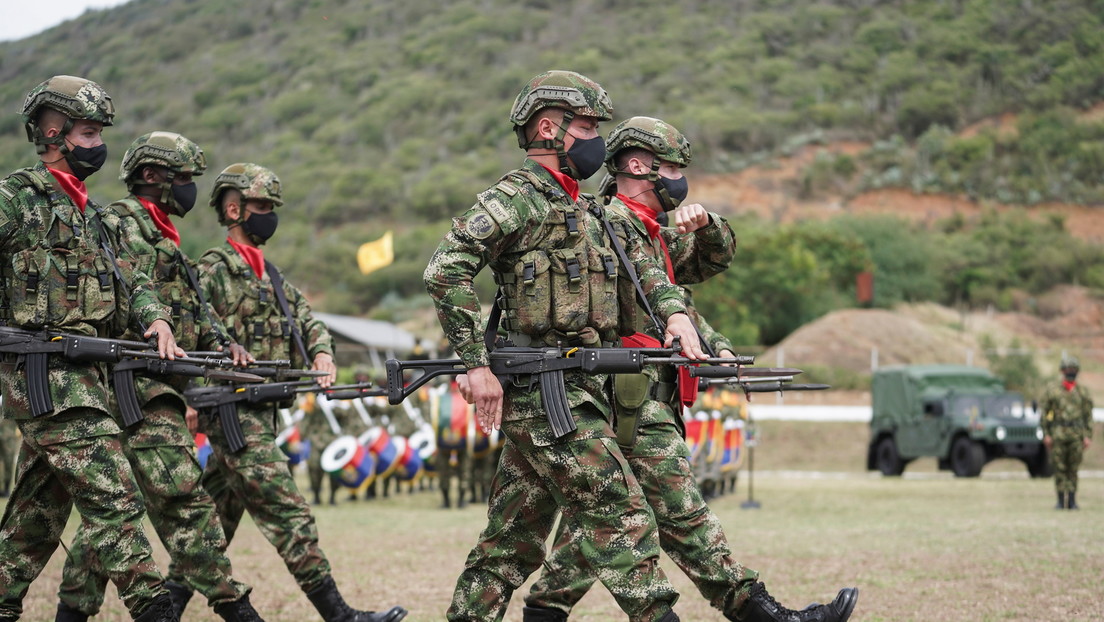 The Colombian government reported on Tuesday that four soldiers were killed in two towns in the department of Antioquia during operations against the Clan del Golfo, which were intensified after the arrest of capo Dairo Antonio Úsuga, alias ‘Otoniel’, carried out last Saturday October 23.

On Tuesday morning, President Iván Duque condemned on his Twitter account the “cowardly murder” of three Army soldiers, which was perpetrated while carrying out surveillance work in the Antioqueño municipality of Turbo.

“We reiterate that these criminals and drug traffickers who attack our Public Force will be persecuted and brought to justice,” said Duque.

We reject and condemn the cowardly murder of 3 soldiers of the @COL_EJERCITO, when they carried out surveillance work in Turbo, Antioquia. We reiterate that these criminals and drug traffickers who attack our Public Force will be persecuted and brought to justice.

For his part, the commander of the National Army, Eduardo Zapateiro, rejected the assassination of the Colombian military, which occurred in Turbo and Ituango.

Without offering more details, the official account of the National Army reported that the deceased soldiers were carrying out operations to protect the population “from the attacks of the Gulf Clan.” The names of the fatal victims are: José Osorio Sánchez, Arley Ramos Carvajal, Iván Andrés Barragán and Julio José Cárdenas.

With deep pain we reject the vile murder of four of our soldiers in Turbo and Ituango, #Antioquia, while carrying out military operations to defend the inhabitants of these populations from the attacks of the Clan del Golfo. #HeroesPorSiemprepic.twitter.com/7B49t6UdHH

In a rural area of ​​Turbo, there was an attack against the public force that caused the death of three of the soldiers, while three more officers were injured, according to military sources consulted by The viewer.

In the municipality of Ituango, an armed group from the Gulf Clan attacked members of the Seventh Division of the National Army, causing the death of Cárdenas, and seriously wounding another soldier who had to be rushed to a hospital in the city of Montería, according to reported Blue Radio.

After the assassination of the Colombian soldiers, Commander Zapateiro ordered to continue with “the offensive without respite“within the framework of an operation called” Agamemnon “, which will fight” any criminal structure at the service of drug trafficking that intends to confront the State. “

Duque described the apprehension of ‘Otoniel’ as the most important in the South American country since the capture of Pablo Escobar, the founder of the Medellín Cartel.

The Colombian government signals the Gulf Clan to send tons of cocaine to the United States and to create a criminal network dedicated to collect extortions from businessmen, which mainly operates in the Urabá region and on the Atlantic coast.