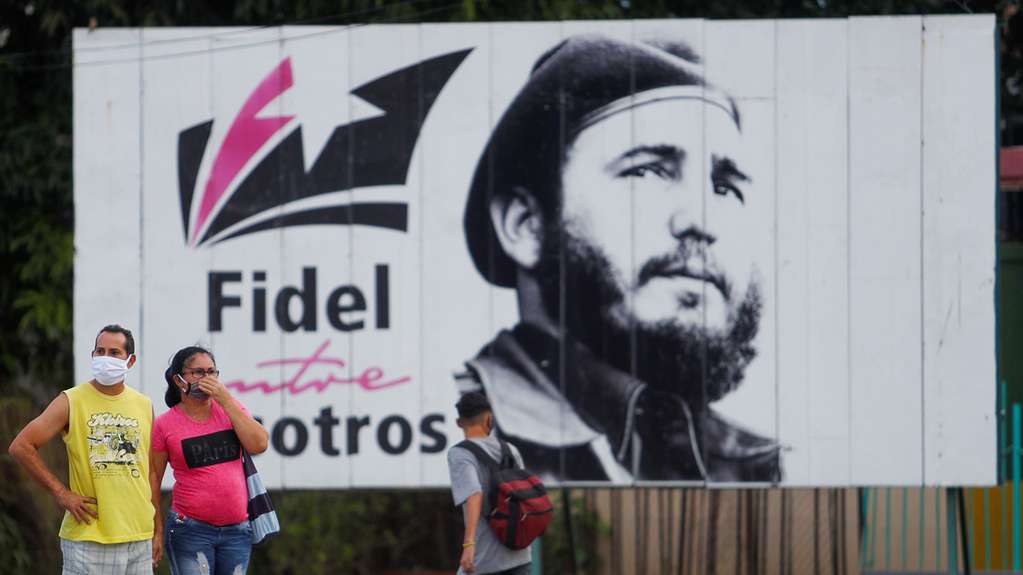 They call for a new mobilization in Cuba: “We have a beautiful dream and we are going to express it without fear”

Almost three months after the protests that shook the foundations of the Revolution, a group of more than 300 Cubans called for a new mobilization called “Civic March for Change”For next November 20 in different cities of Cuba. This time, there is an unprecedented seasoning: they requested permission from the authorities.

“Up to now no official answers“, said to TN.com.ar one of the organizers, the theater director Yunior Garcia Aguilera, detained during the July 11 protests in Havana.

The 38-year-old actor and playwright was arrested during the mobilizations against the government of Miguel Diaz-Canel in front of the headquarters of the old Cuban Institute of Radio and Television (ICRT), converted into the Institute of Information and Social Communication. From there, he had demanded the right to reply to the official speech on the opposition claims. He was released days later.

The new mobilization will have its central convocation in Havana, but it will be replicated in all cities of the country. In the Cuban capital, the concentration will begin on Prado Street and will cross Central Park, in the heart of Old Havana. “There we will place a wreath in front of the statue of José Martí and we will continue to the Capitol,” he said.

As he commented, in each province groups of between 10 to 20 people were formed. They signed a petition addressed to the authorities of each district to mobilize. “We don’t want to be massive in the organization. It has been done with discretion, “he said. Letters have already been presented in Guantánamo, Holguín, Cienfuegos and in other provinces, he said.

And he affirmed: “The call is for all Cubans, even those from outside the island.”

Crisis and intimidation of Cuban opponents

The island is experiencing a very difficult time with heavy shortages of all kinds of basic necessities. The crisis is similar to that experienced on the island in the 1990s after the collapse of the Soviet Union.

The coronavirus pandemic caused a health emergency and at the same time gave a very hard blow to international tourism, the backbone of the Cuban economy as a source of foreign exchange. In addition, the tightening of the US embargo established during the administration of Donald Trump caused severe problems since, among other things, prohibited the sending of remittances to relatives from the United States.

Trump launched more than 200 measures that tighten the blockade, as they call it on the island. His successor, Joe Biden, adhered to this policy in his first months in office.

In this context, the first popular protests broke out on the island since 1994, which seek to replicate themselves on November 20 throughout the country.

The Cuban government, since then, launched a series of economic reforms approved 4 years ago and that were paralyzed. Among them is the creation of micro, small and medium-sized private companies with a maximum of 100 partners. Last Wednesday the Ministry of Economy announced the authorization of the first 32 “MSMEs”, as they were officially called, in the last 50 years.

Until now, the only possibility of private work was self-employed or in family businesses in the service area, such as bars and restaurants. SMEs had been banned in 1968.

But beyond this announcement, things have changed very little in Cuba. The store shelves are empty and more rations have been announced. Since the July protests “there have been many attacks from the radical press on the Internet. There have been arrests, interrogations and threats in work centers. And they have approached the families of the signatories trying to intimidate, ”said García Aguilera.

One of the detainees is the opponent Manuel Cuesta Morúa in Havana, sources of dissent confirmed to the agency AFP.

The activist Marthadela Tamayo, a director of the Council for Democratic Transition, of which Cuesta is vice president, also denounced other brief arrests in recent days.

The organizers of the call Civic March for Change, called for November 20, said that the mobilization is “a legitimate right that must be conquered.”

In a proclamation sent to TN.com.ar, they pointed out that “in more than 60 years a demonstration contrary to official thought has never been allowed. It is time to defend our plurality and respect for those of us who dream of a different Cuba, without any discrimination ”.

“The country where we were born cannot continue to be a farm, it cannot respond to the whim of a few, it cannot continue to be a farm of bureaucrats who only go down to town to appear on the news. On November 20 we will march because we do not feel represented, because no one in Parliament has spoken out for the 11J protesters who are in prison without even being told the official figures. We will march against the call to violence that power launched from its throne ”, they added.

The proclamation is signed by more than 300 Cubans, whose names appear at the end of the text.

“We know that they have been harassing the signatories of the letters notifying the authorities of our decision to demonstrate. But they don’t intimidate us. All our solidarity with those who have been detained, interrogated or threatened! We sincerely admire your courage. More and more cities are delivering new cards to march in their territories. What we do is not a crime. And they know it! Those who commit a crime are those who repress our rights! ”, Continued the signatories.

And they affirmed: “We know that power has armies and courts that respond with blind obedience. But those soldiers and those judges are also part of this diverse people. Do not forget! And we know that many do have dignity. On the 20th we will march your children, your friends, your neighbors. We want to do it in peace. Do not forget! Power has all the weapons, we have a truth pierced in our throats and we are going to say it. We have a beautiful dream for Cuba and we are going to express it without fear ”.

In his dialogue with TN.com.ar, García Aguilera concluded: “There is always fear. Of course there is fear, but we are convinced that what we are doing is fair. Fear does not paralyze us “.