They capture a huge alligator with human remains in its stomach, suspected of killing a man during the floods caused by Hurricane Ida 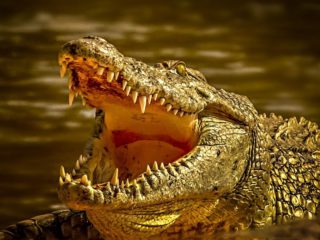 a 3 meter long alligator believed to have attacked a man of the state of Louisiana (USA), during the floods caused by Hurricane Ida two weeks ago, he was captured on Monday and authorities found human remains in his stomach.

The St. Tammany Parish Sheriff’s Office reported in a release that the local forensic department was working with investigators to determine if the remains belonged to Timothy Satterlee, 71, who has been missing after being attacked by an alligator on Aug. 30.

The victim was struck by the animal outside his home, which was surrounded by water, in New Orleans. According to the authorities, his wife heard a noise and saw a large crocodile attack her husband. He immediately ran to help him and managed to pull him out of the water seriously injured.

The woman, realizing the severity of the injuries, went to seek help, however, upon returning to the house, the man had disappeared.

According to the statement, for the past several weeks, federal and state wildlife agents have been searching the area for any sign of Satterlee or the animal. A trap set by alligator hunters finally captured the 225 kilo reptile this Monday morning in a watercourse near the place of the attack.