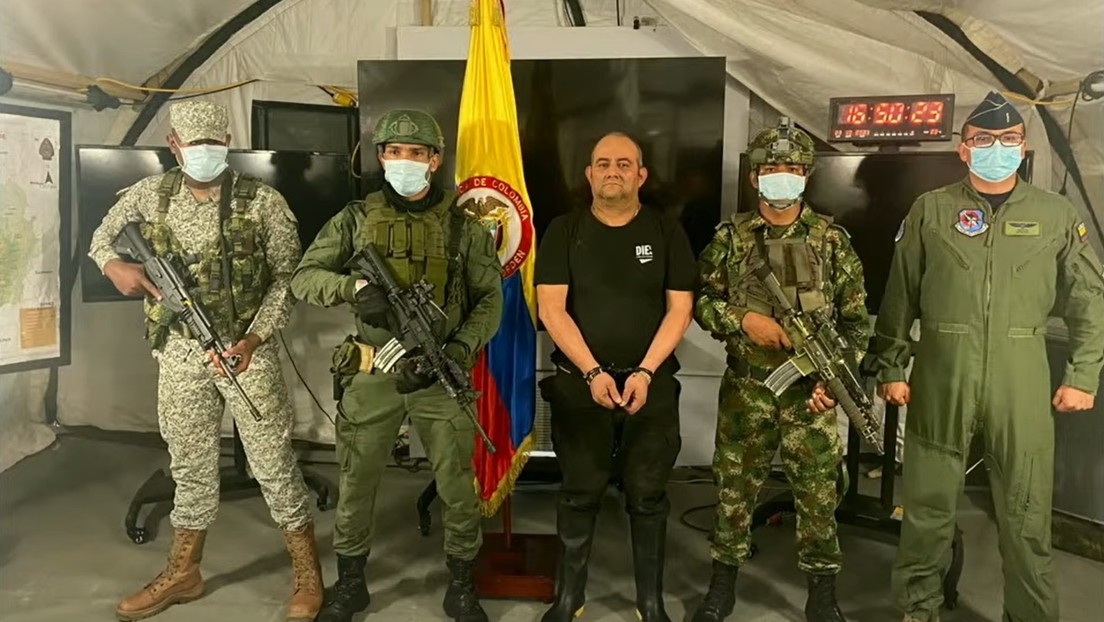 They capture in Colombia alias ‘Otoniel’, leader of the Gulf Clan and the most wanted man in the country

The most wanted man in Colombia was captured, Dairo Antonio Úsuga, alias ‘Otoniel’, for whose head the DEA offered up to five million dollars.

This Saturday, the Colombian authorities, within the framework of ‘Operation Osiris’, in Antioquia’s Urabá, confirmed the capture of the head of the Gulf Clan.

President Iván Duque has traveled to the place of arrest, where he offered a press conference in which he declared that “the end of the ‘Clan del Golfo’ is marked.”

The president pointed out that it is “the hardest blow to drug trafficking in this century in Colombia” and assured that the arrest of ‘Otoniel’ is “comparable only with the fall of Pablo Escobar.”

This, alias Otoniel, was delayed. But, sooner rather than later, they all fall! It is a matter of firmness, authority and good intelligence! pic.twitter.com/4SuWqtgbOU

The 49-year-old man was the most wanted drug trafficker in Colombia. In fact, the authorities offered a reward of three billion pesos (about $ 794,000) for information that would facilitate their location and capture.

The ‘Operation Osiris’ was deployed with more than 500 men and air support, with which it was possible to close any escape, achieving his capture around 3 in the afternoon, local time.

For months, the criminal boss’s health condition had been deteriorating, due to suffering from high blood pressure, diabetes and kidney problems. According to intelligence reports, the top head of the ‘Clan del Golfo’ did not use technological services such as cell phones, but communicated through a network of human emails, reported Time.