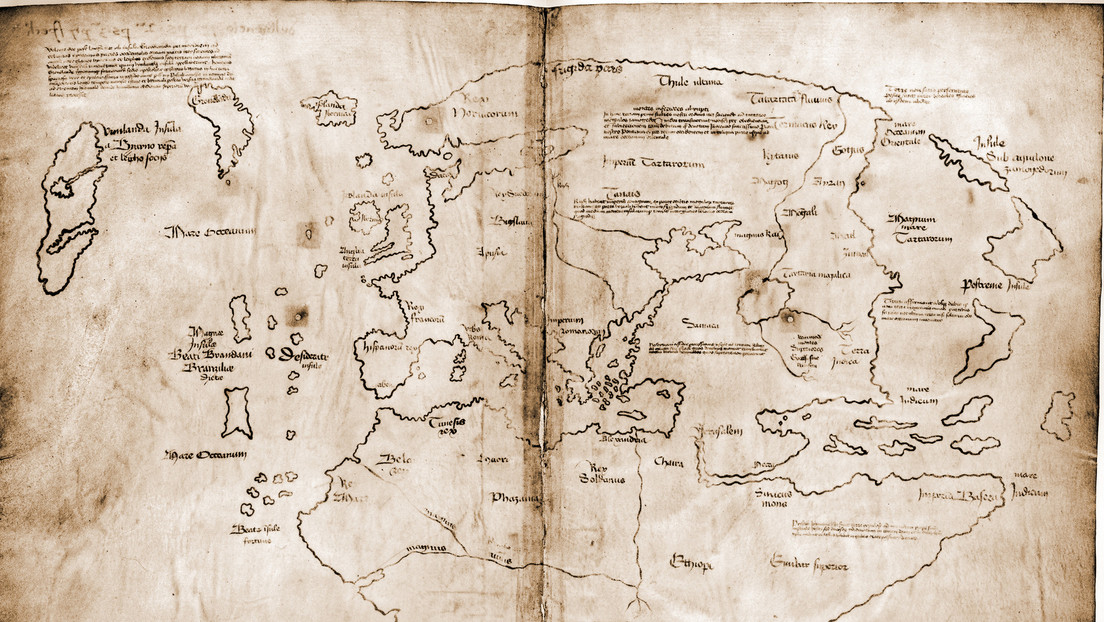 They conclude that the Vinland map, once considered the foreground of the New World, is a forgery

The map that at the time was considered the oldest in the New World, called the Vinland map that dates back to the 15th century and represents, among other lands, a coastal part of North America southwest of Greenland, turned out to be 500 years older. young man. This is what scientists at Yale University (USA) maintain after carrying out the spectroscopic analysis of the document, whose results they published in early September.

“The Vinland map is a fake. There is no reasonable doubt about it. This new analysis should put an end to the matter, “said Raymond Clemens, an employee of the Library of Ancient Books and Manuscripts of the educational establishment.

In particular, when examining all the elements of the object, the experts verified that the traces of titanium, used for the first time to produce ink in the 20s of the last century, are present throughout the document, while previous studies suggested that there was only titanium in certain points on the map.

Likewise, it was detected that the plane has little or no iron, sulfur or copper. Meanwhile, the scribes of the Middle Ages they used to use composite materials, among other substances, for Iron sulphate.

On the other hand, it was confirmed that the disappointment would have been intentional, since the letter would have been drawn in the authentic parchment from the encyclopedia ‘Speculum Historiale’, a true medieval volume from the 15th century. The map also contains an inscription in Latin that would be nothing more than a note from a bookbinder who was in charge of assembling the compendium.

“The altered inscription certainly looks like an attempt to Make believe that the map was created at the same time as the ‘Speculum Historiale’, “said Clemens.

Apart from that encyclopedia, the Vinland map was always associated with the ‘Historya Tartarorum’ (‘History of the Tatars’), as it was discovered together with a copy of this manuscript. The experts established that initially the plane in question was delineated in the last pages of the ‘Speculum Historiale’, although it came to Yale University intertwined in a copy of the ‘Historya Tartarorum’. A radiocarbon dating determined that the parchment and paper in both documents date back to the years 1400-1460.

“A historical object in itself”

Meanwhile, the specialists plan to write an even more detailed article to verify that it is a fake article. However, the map will continue to be stored in the Beinecke Library of the American university.

“The map has become a historical object in itself. It is a great example of a forgery that had international repercussions,” Clemens said in this regard.