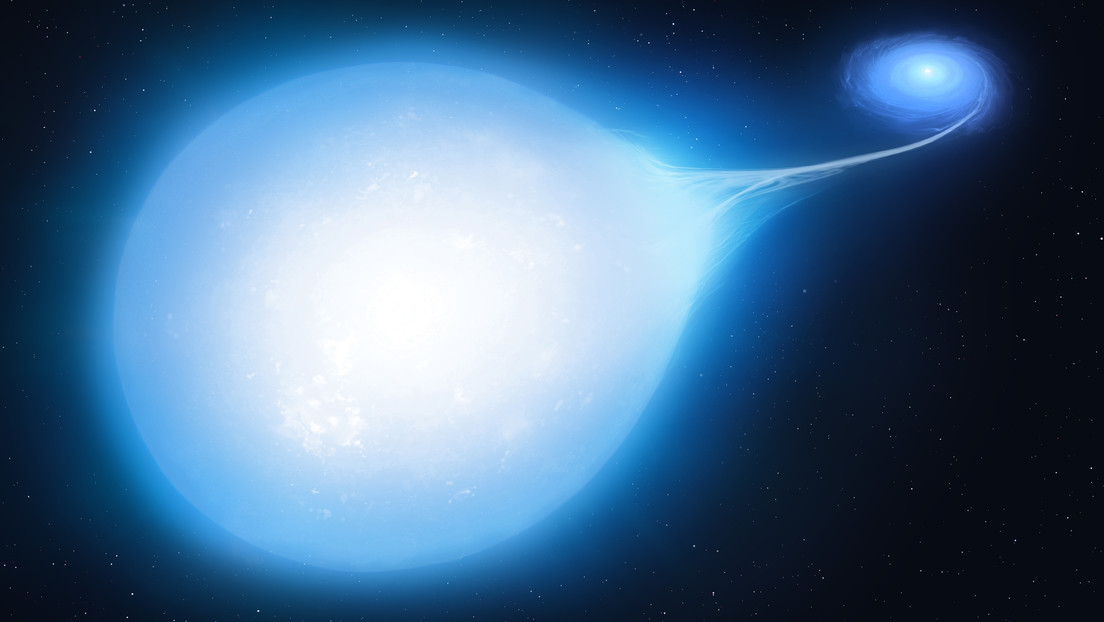 An international team of astronomers has found a binary system whose stars orbit in a spiral that will eventually meet, forming a supernova.

It is the HD265435 system, located 1,500 light years away. It consists of a white dwarf, ‘dead’ star that has burned all its fuel, and a hot sub-dwarf that is still burning helium. The dwarf, whose mass is similar to that of the Sun, is the size of the Earth while the sub-dwarf has a much larger volume. The combined mass of the two stars is estimated at between 1.3 and 1.9 solar masses.

Currently, the two stars orbit each other roughly every 100 minutes. Since the brightness of the sub-dwarf varies over time, scientists suggest that it is already distorted – assuming a shape similar to that of a teardrop – by the proximity of the other, heavier one. They evaluate that in about 70 million years a type Ia supernova will be born in the system.

“We do not know exactly how these supernovae explode, but we know that it has to happen because we see it in other places in the universe,” says Ingrid Pelisoli, a member of the team, in a release from the University of Warwick.

The discovery is described in an article published this Monday in the journal Nature Astronomy.