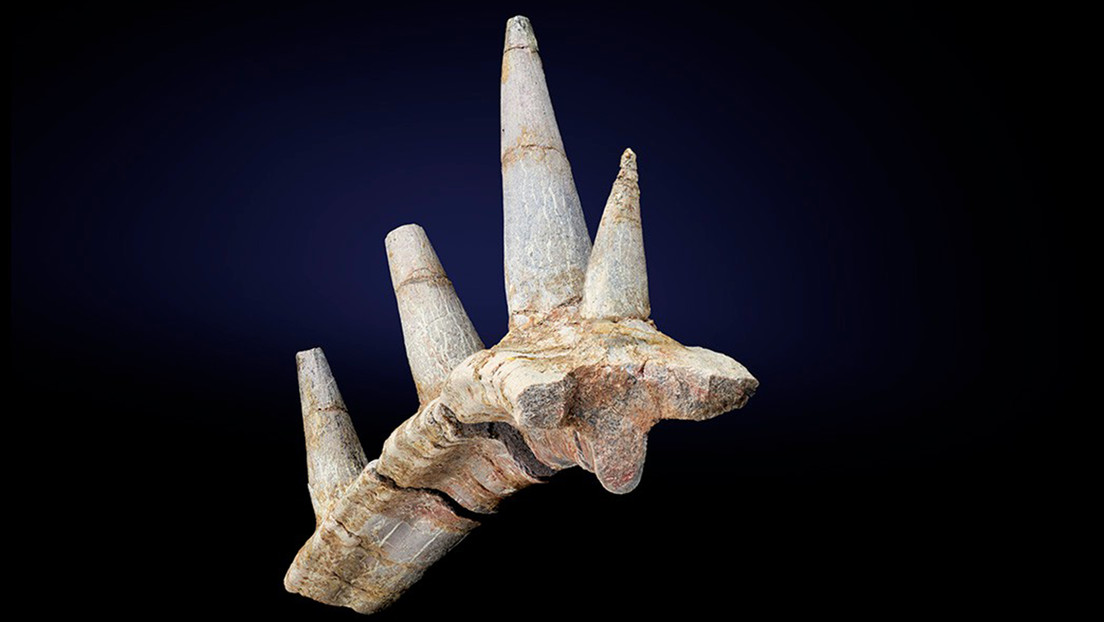 A team of paleontologists led by researchers from the Natural History Museum in London (United Kingdom) announced the discovery of a new species of ankylosaur with “never before seen” characteristics in a dinosaur that inhabited the current territory of Morocco during the Middle Jurassic. makes between 167-163 million, the oldest specimen of this genus so far known and the first to be found in Africa.

The ‘Spicomellus afer’, as the new species was baptized, had physical attributes that make it unique. It is a set of defensive bone spikes fused to the rib that project to the sides, a characteristic “extraordinary” that has not been seen in no other species living or extinct vertebrate, depending on reported the British museum this Thursday.

According to paleontologists, the specimen was identified from the analysis of the fossil remains of the cross section of the rib of the prehistoric reptile, whose “T-shaped” structure initially puzzled the experts, who even went so far as to to doubt its authenticity, since it was acquired from a private individual in 2018.

“When we got the fossil, we thought it was probably part of a stegosaurus because we had found a stegosaurus where it came from. […] But we don’t see stegosaurus with this type of armor, “said Susannah Maidment, a co-author of the research.

In order to know the origin of such an extraordinary fossil, the scientists decided to section it histologically, which allowed them to recognize in the bone structure, particularly in the spines, a signature present only in middle Jurassic ankylosaurs.

Although it is true that this genus of dinosaurs was characterized by having a bony armor that protected them from predators and other dangers, this was embedded in the skin, so the fact that in the ‘Spicomellus afer’ it is physically fused with the bones it converts in an “exceptional” specimen that “it looks like nothing that has been seen before in the animal kingdom. “

The discovery of this new species sheds new light on the period in which the ankylosaurs inhabited, as well as its distribution around the primitive Earth, since almost all the specimens identified so far have been found in the northern hemisphere, mainly in North America. and Europe.

The ‘Spicomellus afer’, the paleontologists detailed in their research published recently in Nature, it is only the second known specimen of its kind to inhabit Gondwana, the massive supercontinent that after its separation gave rise to South America, Africa, Australia and Antarctica.