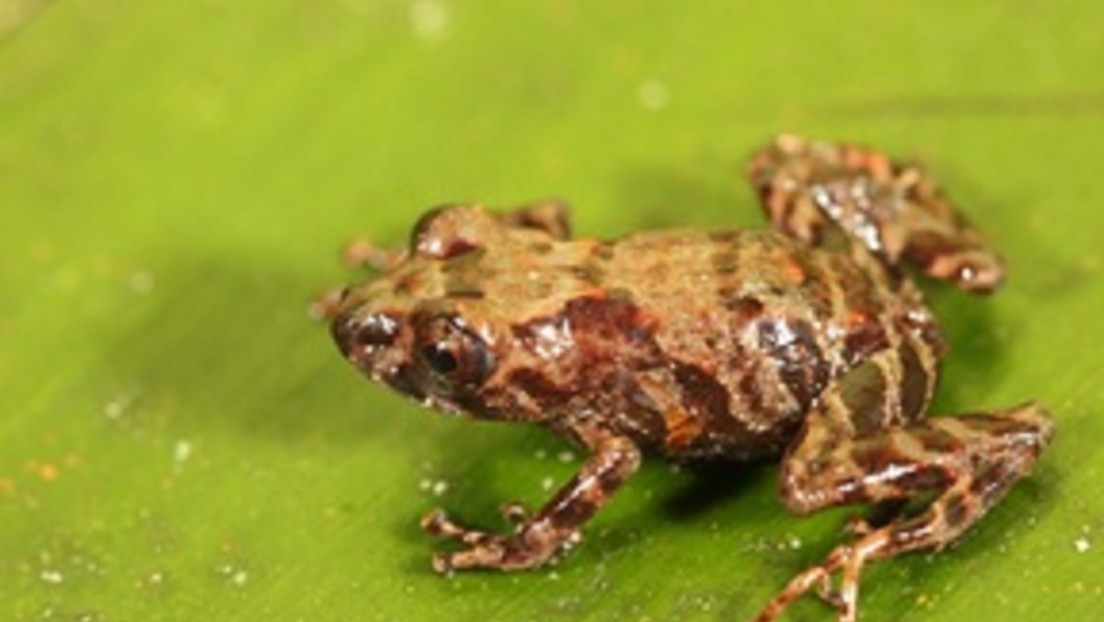 An international group of researchers discovered a new species of frog that lives in the mountainous areas of the El Sira Communal Reserve, located in the Peruvian departments of Ucayali, Huánuco and Pasco, in the east of the country. reported the National Service of Natural Areas Protected by the State.

According to experts, the ‘Pristimantis sira’, as the new species of amphibian was baptized, inhabits the leaves of shrubs and trees that grow in the eastern forests of the Peruvian Amazonian Andes at a height between 1,550 and 2,200 meters above sea level.

According to the researchers, ‘Pristimantis sira’ is characterized by a brown or dark gray color with scattered white spots on the chest, throat and belly. Likewise, both the peculiar yellow color of the iris of its eyes and its black pupil surrounded by a coppery orange ring distinguish it from three other species with which it is closely related.

Due to its restricted geographic distribution, its discoverers have proposed that the batrachian be included within the category of ‘vulnerable’ on the red list of the International Union for Conservation of Nature, with extractive activities, such as mining, its main threat.