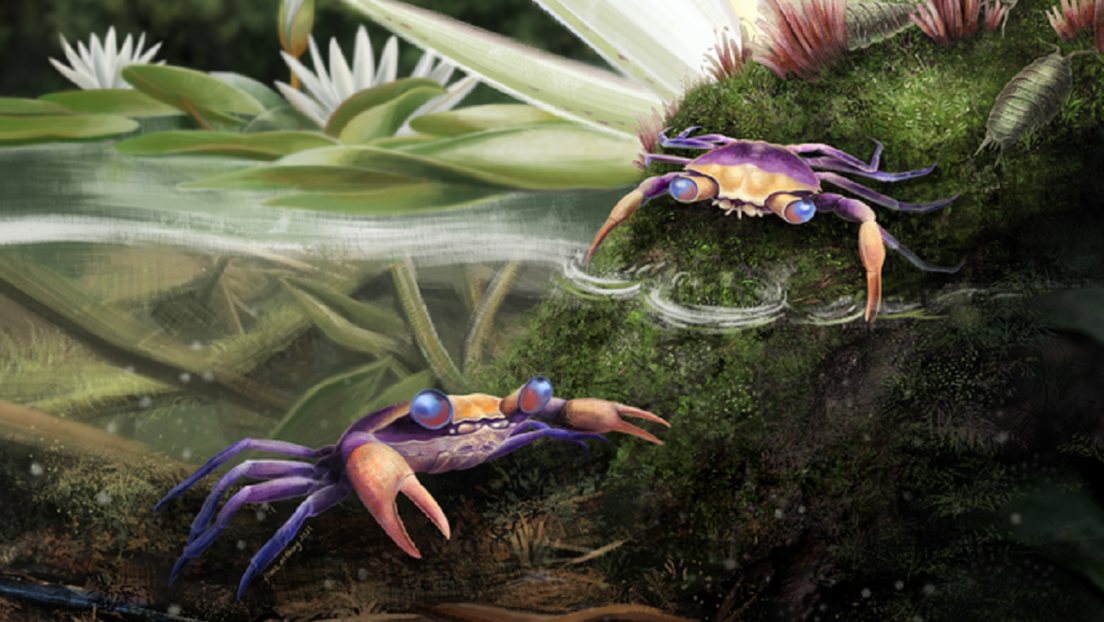 Over the past three years, an international team of scientists has been studying a 100 million year old chunk of amber, recovered in the jungles of Myanmar, and trying to solve a puzzle: what was a crab doing there trapped?

Finally, the researchers concluded that it is the oldest modern looking crab ever found. The animal, about five millimeters in size, is the first to be found in a piece of amber from the age of the dinosaurs, and it is considered the oldest evidence of the incursions of the braquiuros, also known as ‘true crabs’, in non-marine environments, reza a study published Wednesday in the journal Science Advances.

“In a way, it’s like finding a shrimp in amber“, explained in a statement Javier Luque, from the Department of Organismic and Evolutionary Biology at Harvard University (USA) and lead author of the research. “Talk about the wrong place at the wrong time,” he added.

“If we reconstruct the crabs’ tree of life, that is, a family tree, and carry out a molecular DNA analysis, the prediction would be that non-marine crabs separated from their marine ancestors more than 125 million years ago,” he explained. the biologist. “But there is a problem, because the real fossil record – the one that we can touch – is very young, 75 to 50 million years old. So this new fossil and its age, from the mid-Cretaceous, allows us fill the gap between the predicted molecular divergence and the actual fossil record of the crabs, “he added.

Using micro-CT scans, the team was able to see in great detail delicate tissues such as the animal’s antennae, legs and mouthparts, lined with fine hairs, as well as the large compound eyes and even its gills. Not a single hair was missingthe scientists said.

The fossil was named ‘Cretapsara athanata’, “the immortal cretaceous spirit of the clouds and waters“The name honors its age and the mythological spirits of South and Southeast Asia, where it was found in 2015 by a group of miners.