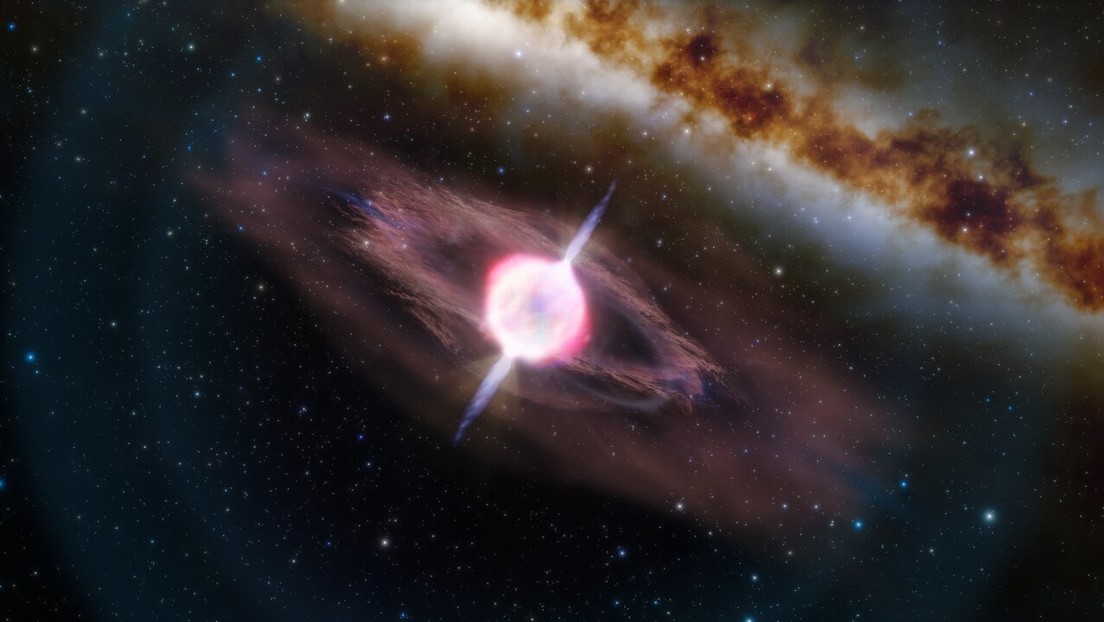 GRB 200826A, The unusually short gamma ray emission associated with a supernova was discovered by an international team of astronomers.

Traditionally, phenomena of this type are divided into two categories: short and long, lasting less and more than two seconds. It is believed that, of these, the long ones are generated by supernovae and the short ones, by the merger of neutron stars. However, the recently detected outbreak does not fit into that division, says a member of the team, Tomás Ahumada.

“This discovery represents the shortest gamma-ray emission caused by a supernova during the collapse of a massive star. It lasted only 0.6 seconds and is on the brink of a successful and failed gamma-ray burst,” he says. according to a statement from the US National Research Laboratory for Optical-Infrared Astronomy (NOIRLab), published on Monday.

The briefness of the outbreak would be the product of jets of gamma rays that are almost not strong enough to escape the star, scientists say. They suggest that, in other cases, they may be so weak that they do not produce gamma ray emissions at all. That assumption could explain why many more supernovae of the specific type associated with that phenomenon are observed than the long gamma-ray bursts themselves.

“Our discovery suggests that since we observe many more of these supernovae than long gamma-ray bursts, most collapsing stars do not produce a gamma-ray burst jet that passes through the outer envelope of the collapsing star. We believe that this event was indeed a failure, one that was close to not happening at all, “explains Ahumada.

As a result, he points out that a classification of gamma ray bursts based only on their length would not be the best approach. At the same time, he argues that more observations of those events are required.