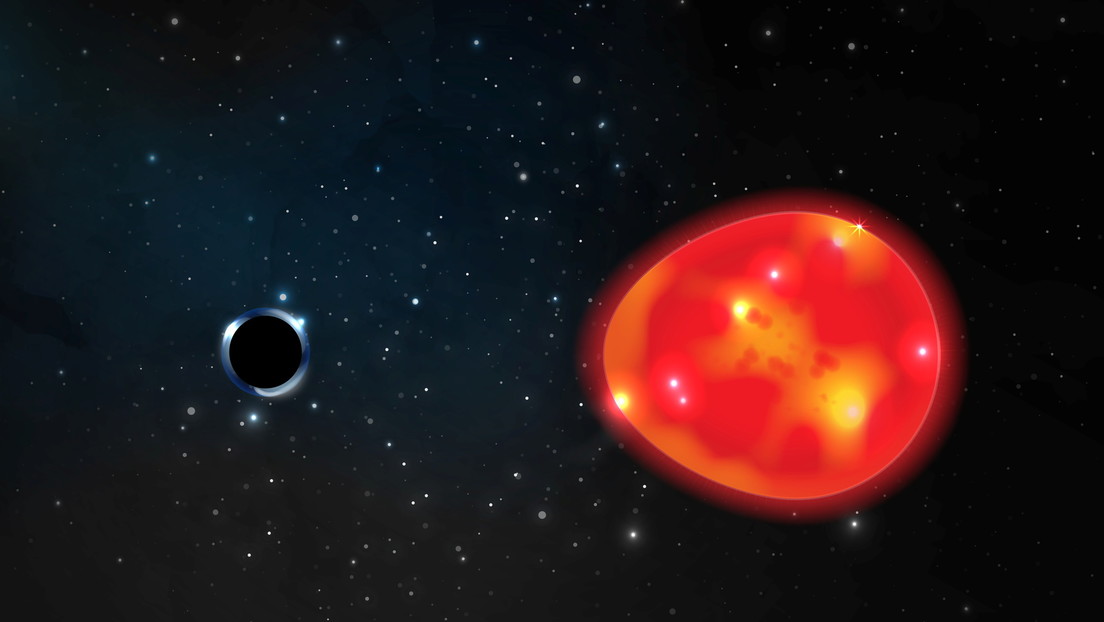 Astronomers have discovered what may be the smallest black hole known so far in the Milky Way and also the closest to the Solar System, reveal a new study published in the Monthly Notices of the Royal Astronomical Society.

The cosmic object, which scientists have dubbed ‘the Unicorn’, is located just 1,500 light-years from the Solar System, in the constellation Monoceros, and appears to be accompanied by the red giant star V723 Mon. The Unicorn is estimated to be about three times the mass of our Sun, very little for a black hole.

“When we looked at the data, this black hole, the Unicorn, just appeared”, He said the study’s lead author, Tharindu Jayasinghe, a Ph.D. student in astronomy at Ohio State University (USA).

The black hole and the red giant star, which was observed by different telescope systems, they are connected by gravity. When Jayasinghe and his team analyzed the available data on V723 Mon, they realized that there was something invisible that appeared to be orbiting the red giant, causing the star’s light to change in intensity and appearance at various points around the orbit. In other words, something was pulling the star and changing its shape.

“Just as the Moon’s gravity distorts the Earth’s oceans, causing the sea level to rise or fall with the Moon, which produces high tides, the black hole distorts the star similar to a soccer ball with one axis longer than the other, “explained study co-author Todd Thompson, chairman of the department of astronomy at Ohio State University.