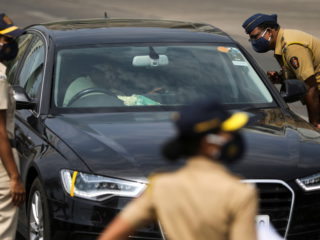 In a village in the Indian state of Kerala, a woman was found 11 years after she was reported missing. All this time, she had been living in a neighbor’s house with the man she was in love with, informs the local press.

Sajitha disappeared in 2010 when she was 18 years old, and her family had lost hope of finding her. Her partner, Rahman, who is now 34, also disappeared three months ago after an argument with her parents. However, this week that young man’s brother saw it by chance and the clues led him to another village, where Rahman and Sajitha were living in a rented house.

The couple kept their relationship a secret because they belong to different religions and they feared a backlash from their family members. Police searched everywhere for Sajitha, but could not find her. They never suspected their neighbor and no one knew that they were in a relationship.

They thought I had mental problems

Rahman had a separate room in his parents’ house, the kept locked and did not allow anyone to enter. The man’s relatives and neighbors believed that he had mental problems, had pulled the bars out of the window out of the room so his girlfriend could leave when no one was home.

Now a local court has ruled that Rahman and Sajitha can live together.