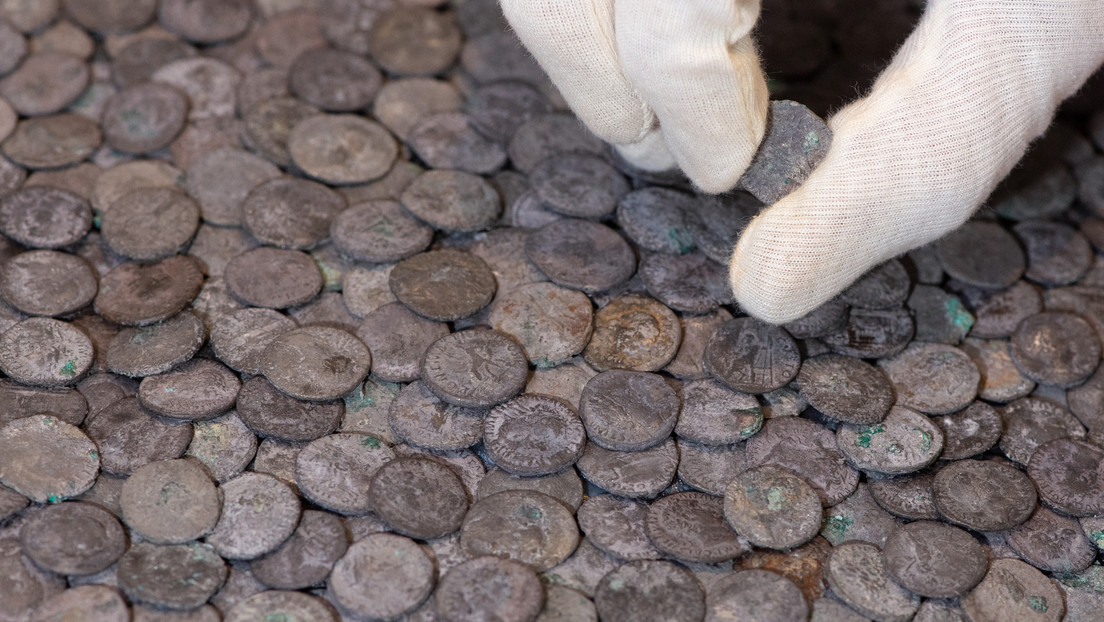 They find in Germany a Roman treasure of more than 5,500 silver coins of almost 2,000 years old

Thousands of coins, which for centuries lay under the gravel of the old Wertach riverbed in the German city of Augsburg, were found at the edge of a pit while construction work was being carried out.

The more than 5,500 denarii from the 1st and 2nd centuries of our era, with a total weight of 15 kilograms, are considered the largest treasure of silver coins from Roman times ever discovered in Bavaria and one of the largest in Germany. . The oldest coins date back to the time of Emperor Nero and are almost 2,000 years old.

“This amount of money must have been huge by ancient standards,” he pointed the researcher Stefan Krmnicek, from the Archaeological Institute of the University of Tübingen.

For specialists, it is most likely that these coins belonged to people from high social classes, such as the military or merchants.

Augsburg is considered the oldest Roman military base in Bavaria. Approximately in the year 15 a. At the place of the discovery, it is known that there was a military camp, which was later used as a supply depot.

However, many questions remain to be answered and the work of archaeologists has only just begun. Each coin must be cleaned, photographed from both sides and digitally cataloged. Only after examining them one by one will researchers be able to get a complete picture and draw conclusions.

“Coins from the time of the Roman Empire are basically the communication medium of antiquity,” explains Krmnicek. For example, printed images give an idea of ​​what values ​​were prevailing at the time.

The researchers hope that this important find can provide valuable information about the life of the Romans in Augsburg.