They find the body of a 6-year-old girl and look for her little sister in the sea of ​​Tenerife: they believe that her father threw them tied to an anchor 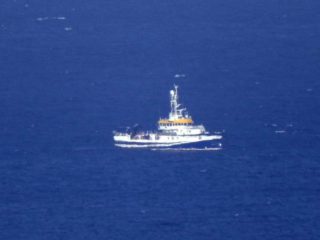 The case has in suspense Spain for 45 days. And the discovery of this Thursday caused a huge commotion: the lifeless body of Olivia, a six-year-old girl who had been kidnapped along with her little sister by her father, Thomas Gimeno, was found in the sea of Tenerife.

The oceanographic vessel “Ángeles Alvariño”, in charge of the raking, found Olivia and still continues to search for Anna, barely a year old.

According to sources of the investigation cited by the agency EFE, two bags were found: in one was the lifeless body of the oldest of the little sisters, while the other was empty. Detectives believe the man threw his daughters into the sea tied to the anchor of his boat, which appeared adrift and empty a day after the kidnapping.

On April 27, Gimeno took the girls and made a pact with her mother, Beatriz Zimmerman, return them at 21. Never came back. The discovery of Olivia’s body was communicated to the woman and the rest of the family of the minors.

The search area was agreed upon based on the geopositioning of the missing man’s cell phone. There Gimeno lost the connection forever.

The operation at sea intensified after the discovery in recent days of some personal objects of the man and of a child restraint seat used by Anna.

The case that moves Spain

Gimeno was last seen in the marina of Santa Cruz de Tenerife, the largest of the Canary Islands, when he loaded his boat with several bags and set sail. The scene was recorded by security cameras.

The next day, the man’s boat was found empty, adrift and without anchor in front of the Puertito de Güímar, in Tenerife, facing West Africa. There the search operations began.

After nine days of fruitless raking, Interpol issued a so-called “yellow notice” for Olivia and Anna. The largest international police organization often uses this procedure to help locate missing persons, mostly minors, or to help identify people who cannot reveal their identity on their own.

The mother of the minors, who is divorced from the father, pointed out that the man had threatened her that she would never see the girls again.

However, Zimmerman he always hoped to find his daughters alive and he subscribed to the theory that Gimeno would have escaped with her to some Latin American country. Even in recent days, the woman released a video of Olivia and Anna and expressed that she still kept the faith.

After the painful discovery, the hypothesis that the researchers maintain is that Anna’s body escaped from the bag and is at the bottom of the sea.