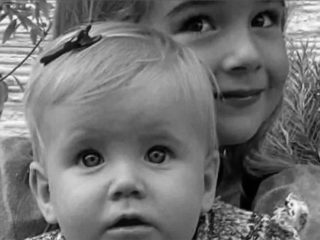 The worst of the news. The Delegation of the Spanish Government in the Canary Islands reported that a lifeless body, apparently of a minor, was found in the area where the missing girls were being searched in Tenerife.

“Out of respect for the family and the judicial procedure, we must wait for what the judicial authority determines on the identification of the body,” said the Government Delegation.

Tomás Gimeno, 37, disappeared on April 27 in Tenerife with his two daughters Anna and Olivia, aged one and six.

Beatriz Zimmernann, 35, the girls’ mother, filed a disappearance complaint after receiving a call from Gimeno warning that she would not see any of the three again. The man also sent several telephone messages to other relatives and close friends saying goodbye.

The State Security Forces classified the case as high risk.

The Civil Guard focused the search on tracking the maritime area around the island where Gimeno was last seen while going out to sea with his small boat, which was found adrift with traces of blood, but without hints of the small ones.

The latest discovery this week was a diving oxygen cylinder tied to a duvet belonging to Gimeno found by the oceanographic vessel Ángeles Alvariño at the bottom of the sea.

The possibility that the man used the cylinder and the blanket to weigh packages is considered and the search has been focused on finding the eight-kilo lead belt and the anchor that Gimeno carried in the boat next to the oxygen tank.

Tracking work by agents continues in the area, one nautical mile from the port of Güimar.

“I cannot imagine the pain of the mother of little Anna and Olivia, who disappeared in Tenerife, in the face of the terrible news that we have just learned. My hug, my love and that of my whole family, who today stands in solidarity with Beatriz and her loved ones dear “, has pointed the President of the Government, Pedro Sánchez on Twitter.

The Minister of Equality, Irene Montero, has also expressed her regret through social networks. “There are no words to accompany Beatriz in these moments of terrible pain. This violence that is used against women mothers to strike where it hurts the most is a matter of State. We are here for whatever is necessary. No more #ViolenciaVicaria”, pointed.