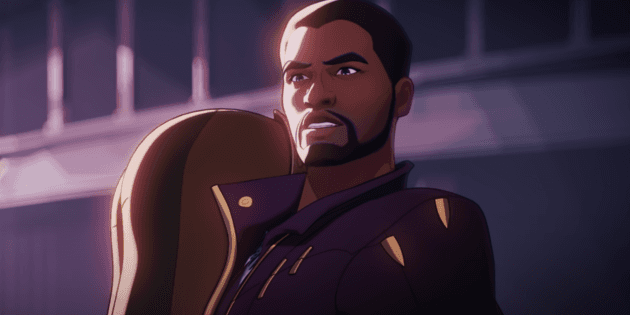 They got excited for Chadwick Boseman: fan reactions to episode 2 of What If …? on Disney +

New Wednesday, that is, the second episode of What If…? on the streaming service Disney+, which left us great easter eggs and interesting references. The fans of the Marvel Cinematic Universe They have already seen and witnessed the last thing Chadwick Boseman did in the franchise, and that is why they left their feelings on social networks when they saw the episode.

As we saw in the first look last week, they will take us through various realities that are completely different from the conventional continuation of the MCU that we know. The second chapter of the animated series was called “What if … T’Challa was Star-Lord?”, with the following synopsis: “The rude space pirates known as the Ravagers kidnap T’Challa instead of Peter Quill”.

In episode 2 we have the start of Guardians of the Galaxy, but this time with the prince of Wakanda, who wanted to know the rest of the world, but ends up traveling throughout the universe. In his adventures he earns the nickname of Star-Lord and continues with the team led by Yondu, but also incorporating Thanos as one more member, since he abandoned the plan to wipe out half the population.

A significant change is that they save the planet Kylos, where he is from Drax, so her family in this reality is alive, contrary to the original timeline where they were killed by Ronan the Accuser. We also see The collector as one of the most feared personalities in the galaxy, but in the end they manage to defeat him and T’Challa He returns to Wakanda with his father, whom he believed to be dead.


Undoubtedly, the emotional share was also the protagonist of this chapter, since It was the last participation of Chadwick Boseman within the MCU. The actor passed away on August 28 last year from colon cancer, one of the saddest news of 2020. Part of the fans continue to remember him and that is why they transmitted their feelings when listening to him again on What If …? by Disney +.

+ Reactions from episode 2 of What If …?