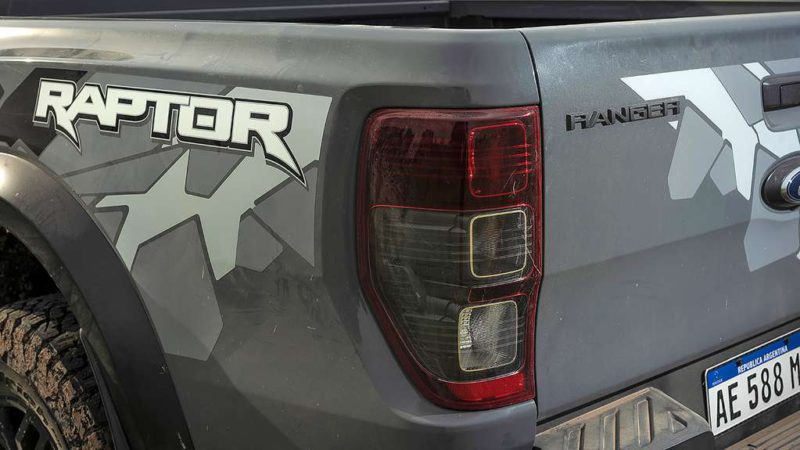 Ford confirmed a few days ago that new Ranger Raptor It will be presented to the public in February 2022. And, as often happens, it didn’t take long for the first unofficial projections to appear that imagine its final design, based on the brand-new generation of the pick-up.

Judging from the sketches of the Australian Middle Drive, the new ford ranger Raptor will feature the brand name on the grille (so it is on all Raptors), a much more robust front bumper, the body with higher ground elevation, wheel arches with black plastic protections, side plinths and blacked-out rims with off-road configuration tires.

Although Ford has not made it official yet, all the rumors suggest that it will have a 3.0-liter biturbo petrol engine with 400 horsepower and 563 Nm of torque, the one already offered by the Explorer ST. Like this one, I’d opt for a ten-speed automatic transmission. Others say it could equip a 2.7-liter biturbo V6 already seen in the Bronco, a model that delivers 330 horsepower and 563 Nm.

How much does the Ford Ranger Raptor cost in Argentina

The current Ford Ranger Raptor has a price in Argentina of 7.77 million pesos or 73,491 dollars, according to what the brand itself suggests on its official website. It is valid as of December 2021 and will not necessarily be the value that the interested parties find in the dealerships.

When does the new Ford Ranger arrive in Argentina

The new generation of the Ford Ranger was presented last week globally, but has not yet reached dealerships. Next year it will go on sale in some markets, including the United States, and in 2023 it will begin to be manufactured in Argentina to be launched in the country and throughout the South American region.

Conventional versions will be produced in Argentina, but the entry of the Raptor sports car is not planned. The current generation comes imported from Thailand.

It is a global development that will take place in different parts of the world, but Argentina will be in charge of manufacturing it for the domestic and regional market, the result of an investment of 580 million dollars. Of the total number of units produced, 70 percent will go to export.

Under the new body there is an improved chassis with a 50mm longer wheelbase. A hydroformed front frame creates more space in the engine compartment for the new V6 engine and helps prepare the Ranger for other powertrain technologies in the future. It also allows more air flow to the radiator, helping to keep temperatures low when towing or hauling heavy loads.