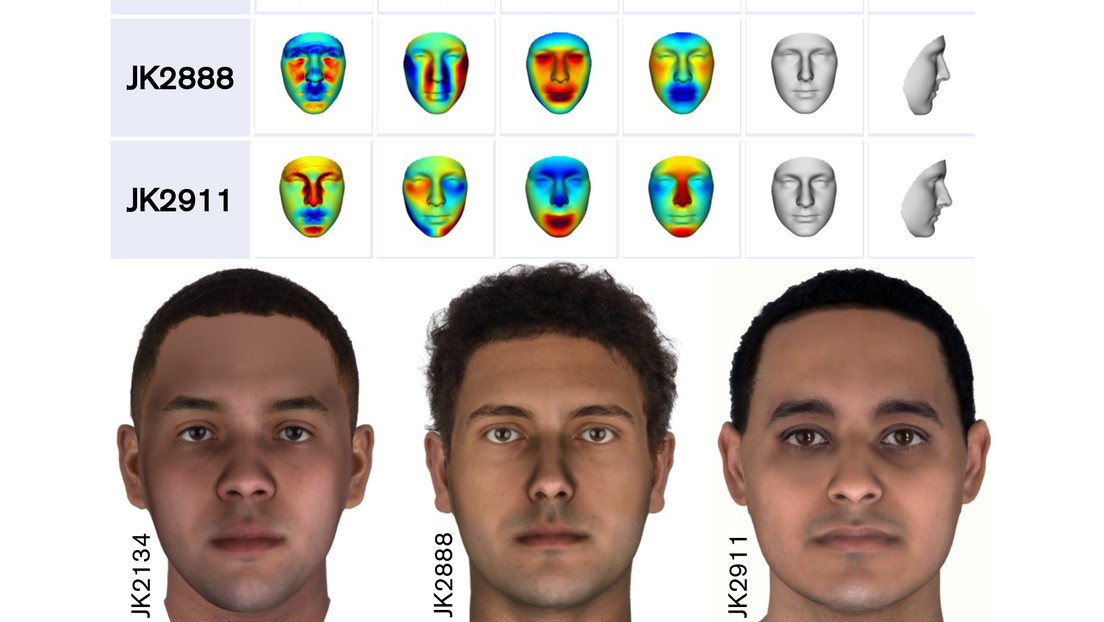 They rebuild the faces of Egyptian mummies from their 2,000-year-old DNA

The Parabon Nanolabs company, specialized in DNA phenotyping, has shown this Tuesday for the first time the reconstructed faces of three ancient Egyptians who lived in the community of Abusir el Meleq, on the west bank of the Nile, more than 2,000 years ago.

The work was carried out from the DNA samples of the mummies, processed by scientists from the Max Planck Institute for the Science of Human History and the University of Tübingen (Germany). The age of the samples ranges between 2,023 and 2,797 years.

The Egyptians whose faces ‘came to life’ are known as JK2134, who lived between 776 and 569 BC. C., JK2888 (97-2 BC) and JK2911 (769-560 BC), and the company believes it is the first time that full phenotyping of human DNA of this age has been performed. Thanks to state-of-the-art technologies and the meticulous work of the forensic artist, it was possible to recreate the pigmentation of the skin from the predictions and even estimate its approximate age, which would be 25 years.

Specialists believe that the ancestors of this trio were more similar to the current inhabitants of the Mediterranean and Middle East than the Egyptians of today. They maintain that they had light brown skin, dark eyes and hair and did not have freckles.

“These results are highly consistent with the conclusions of Schuenemann and others that ‘ancient Egyptians shared more ancestry with the inhabitants of the Near East than present-day Egyptians, who received an additional sub-Saharan mixture in more recent times’ and that they had an allele for lighter skin, “they noted from Parabon Nanolab.